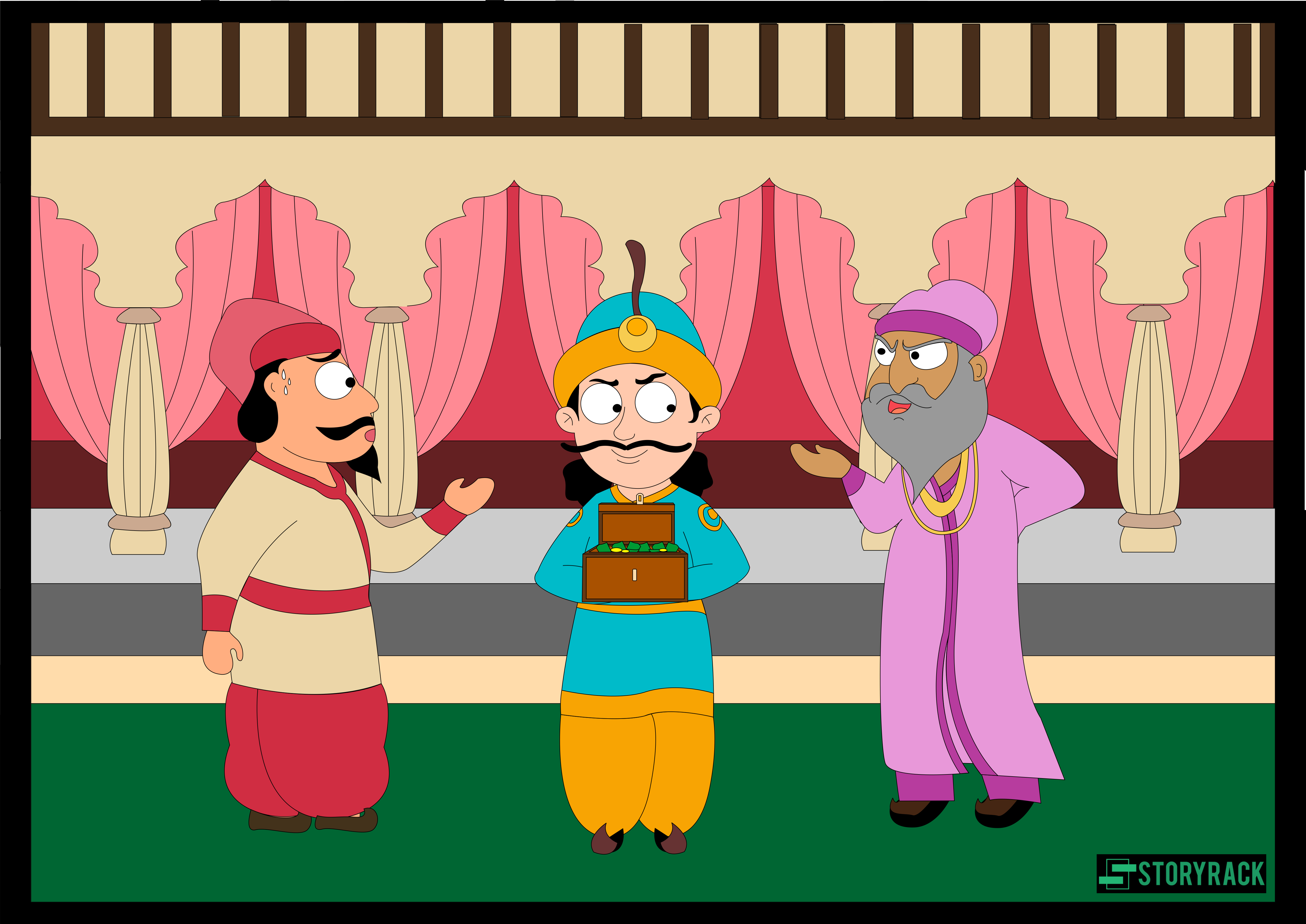 Once, there lived a foolish miser. He kept all his money hidden in a large box in a corner of his home.

One day, a fire broke out in his house. As the fire grew in strength, he cried out louder. His neighbours rushed towards his home, carrying buckets of water, “All my wealth lies there in a box,” he wept.

A greedy goldsmith overheard him and said, “I’ll go and get the box for you but only on one condition, After I get the box, I’ll give you only what I desire. The rest is mine.”

The desperate miser hastily agreed to the goldsmith’s conditions. The goldsmith jumped into the flames. Soon, he returned with the box.

The goldsmith said, “you promised me that I could give you what I desire. Here, take the box. The gems and coins are all mine.”

“That’s unfair. You can keep half my savings but I will take the other half,” said the miser. But the goldsmith would not listen. They argued for some time.

Then the miser and the goldsmith decided to go to Birbal for justice. Birbal thought for a while and said. “Goldsmith, you promised the miser what you desire. what do you desire?” asked Birbal, carefully.

“The gems and the coins.” replied the goldsmith immediately

“Then, these are the miser’s as you promised to give him what you desire,” said Birbal. Realising that he had been tricked, the goldsmith returned everything to the miser.