The Washerman and the Potter 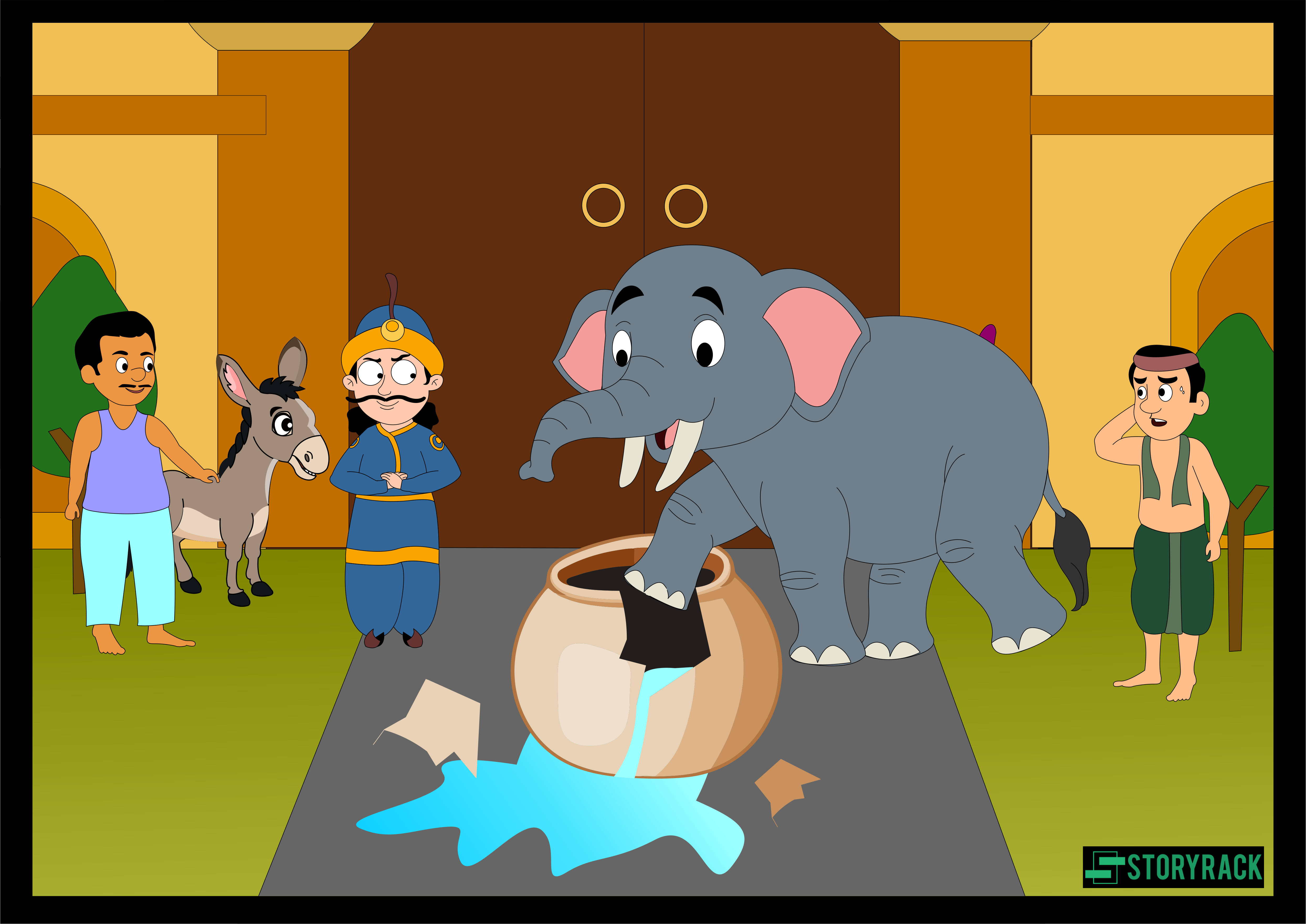 Once a washerman’s donkey entered the potter’s yard and broke all the pots. The potter beat the poor donkey badly. The washerman rushed to its rescue. He paid for the broken pots but the potter was still angry.

He went to King Akbar and said, “Your Majesty, the Shah of Iran says his elephants are white and clean, while ours are black and dirty. Sir, the Shah’s washermen clean his elephants daily.”

Akbar declared, “All the washermen in Agra must wash our elephants.”

“Sir, my neighbour washes very well. He can scrub all our elephants,” he said.

So, the washerman was called forth. He scrubbed all day long but the elephants still remained black. He realised the potter’s trick and went to seek Birbal’s help.

The next day, Akbar scolded the washerman, but he said, “Sire, I need a huge pot to dip the elephants while cleaning them.”

Akbar asked the potter to build a large pot. However, when the elephant stepped into it, it broke. Angered, Akbar ordered for another pot. The potter knew he had been outwitted and begged pardon.

Then, Akbar asked the washerman, “Who gave you this idea to outsmart the potter?” “Sire, it was Birbal,” he said. Akbar was very pleased with Birbal.