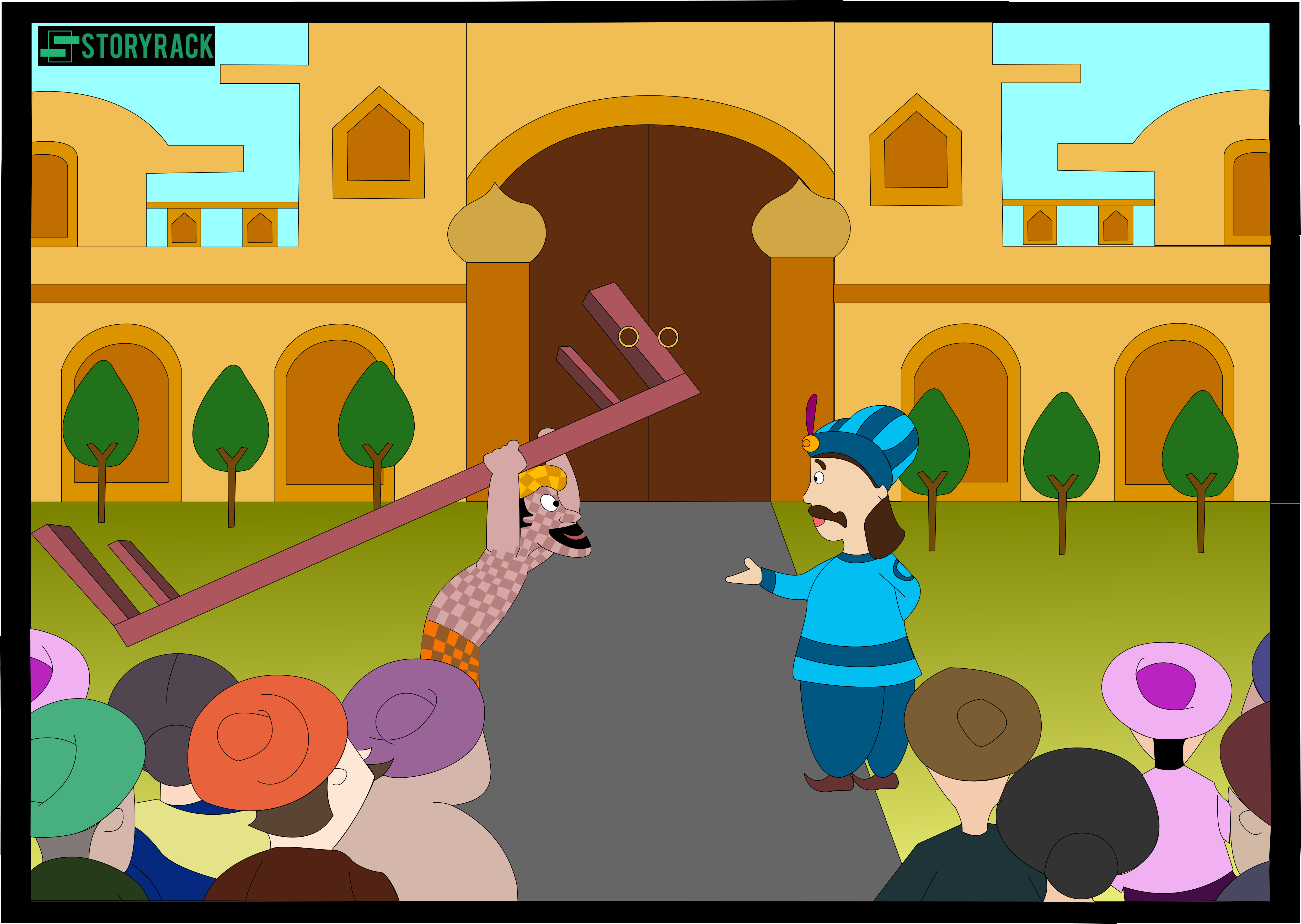 Once, Akbar, in a fit of anger, asked Birbal to leave the city. Birbal agreed, but before leaving, said that he would enter the city only when the emperor asked him to return.

Many days passed and Akbar started missing his friend. He wanted Birbal to come back. So he sent his men in search of Birbal. They looked for him everywhere but could not find him.

Then, the king had an idea. He announced a reward of a thousand gold coins for any man who would come to the court in half-light and half-shadow. The king knew that Birbal would not be able to resist this challenge.

Now, Birbal was staying with a brahmin in a small village. He heard of the king’s proclamation.

He wanted to repay the brahmin for his kindness. He asked the brahmin if he had heard of the king’s proclamation.

“Yes, I have. But how is it possible to go in half-light and half-shadow?” asked the brahmin.

He said to the brahmin, “Go to the palace carrying a charpoy (cot) on your head. Thus you will be half in light and half in shadow.”

So, the brahmin went to the palace carrying the charpoy on his head.

The king was very happy and said, “Brahmin, before I give you your reward, tell me if this was really your idea or somebody else’s

The brahmin was scared and spoke the truth. He said, “A poor brahmin, who has been staying with me for the past few weeks, gave me this idea.”

The King knew that this brahmin could be none other than Birbal himself. He gave the brahmin his reward and sent his men to the brahmin’s house to bring Birbal back. Birbal prompty returned to the palace. The king was very glad to have Birbal back again.