Those Who Cannot See 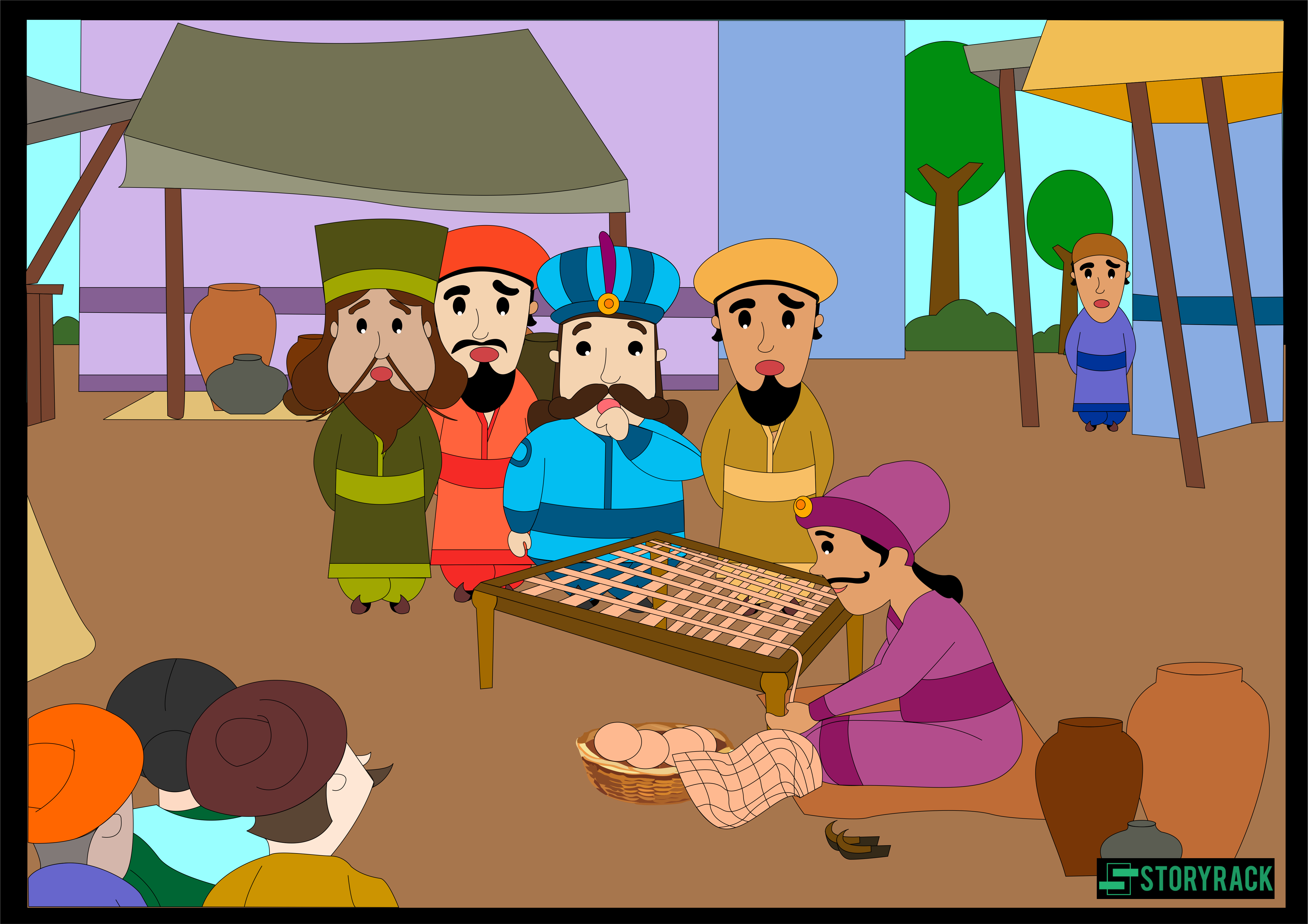 Once, while looking at a list of all the blind people in the city. Akbar said, “I see very few names on the list.”

Birbal said. “Your Majesty. what about those who don’t see even though they have eyes?”

Akbar thought Birbal was joking. So, Birbal asked for a few days to prove his point.

The next day. Birbal went to the market place and started weaving a cot.

Soon, the news reached Akbar’s ears. Even he was curious to know what Birbal was doing. So, he went to the marketplace and saw Birbal weaving a cot. He also asked Birbal what he was doing.

Ignoring the emperor, Birbal said, “That will be two hundred and fifty.”

Birbal, answer me! What are you doing?” asked Akbar, angrily.

“Your Majesty, I am weaving a cot and also making a list of all the blind people,” said Birbal. “Today two hundred and fifty people asked me what I was doing, even though I was weaving a cot in broad daylight.”

Akbar asked Birbal to show him the list. When he saw the list, he was surprised to see his name on it. “But why do you have my name here?” asked Akbar, angrily.

“Because you also asked me what I was doing,” said Birbal. Thus, Birbal, as usual, had the last word.