Length of the Stick 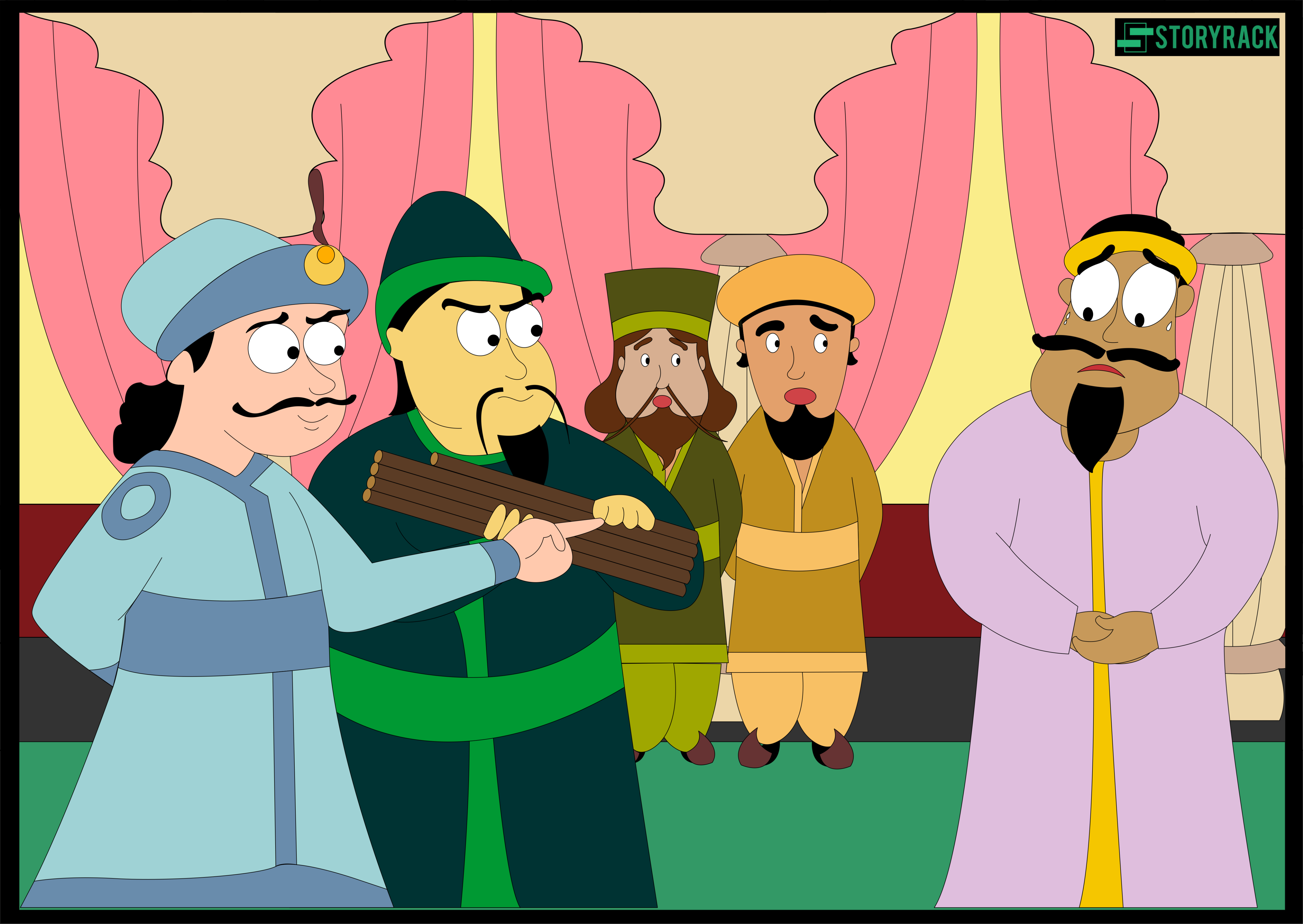 Once, there lived a very rich merchant in Agra. One day, a burglary took place in his house. The merchant suspected one of his numerous servants but he did not know who the actual thief was. So, he went to Birbal and asked for his help.

Birbal heard the merchant’s problem and went to his house. There, Birbal called all the servants and spoke to them, “You all know about the burglary that took place here. if anyone of you has committed the crime, come forward and admit it now. You will be forgiven.”

But nobody came forward. Then, Birbal came up with a clever plan. He gave each servant a stick and asked him to keep it carefully. He said to them, “The sticks given to you are of equal length. They have magical powers. The stick kept by the thief will grow two inches longer by tomorrow.”

Now, the servant who had committed the theft was very worried. He could not sleep well that night. He knew that he would get caught as his stick would grow two inches longer than before. Then, an idea struck him. He got up and cut his stick two inches short, thinking that if the stick grew, it would remain the same length as those of the others. With a sigh of relief, he went off to sleep.

Next morning, Birbal returned to the merchant’s house. He called all the servants and asked them to bring their sticks with them. The servants obeyed him.

After glancing at their sticks, he pulled out the culprit and said to the merchant, “Here is our thief,”

The servant fell at Birbal’s feet and begged for his forgiveness. The merchant thanked Birbal and asked him if the stick was really magical and had grown two inches longer.

Birbal laughed and said, “Oh, those were just ordinary sticks. But the thlef was scared that his stick would grow longer, so he cut it and his stick became shorter than the rest. So I looked for the man with the shorter stick.”

Thus, Birbal helped to catch the thief. The merchant and the servants praised Birbal’s intelligence.