The Most Difficult Job 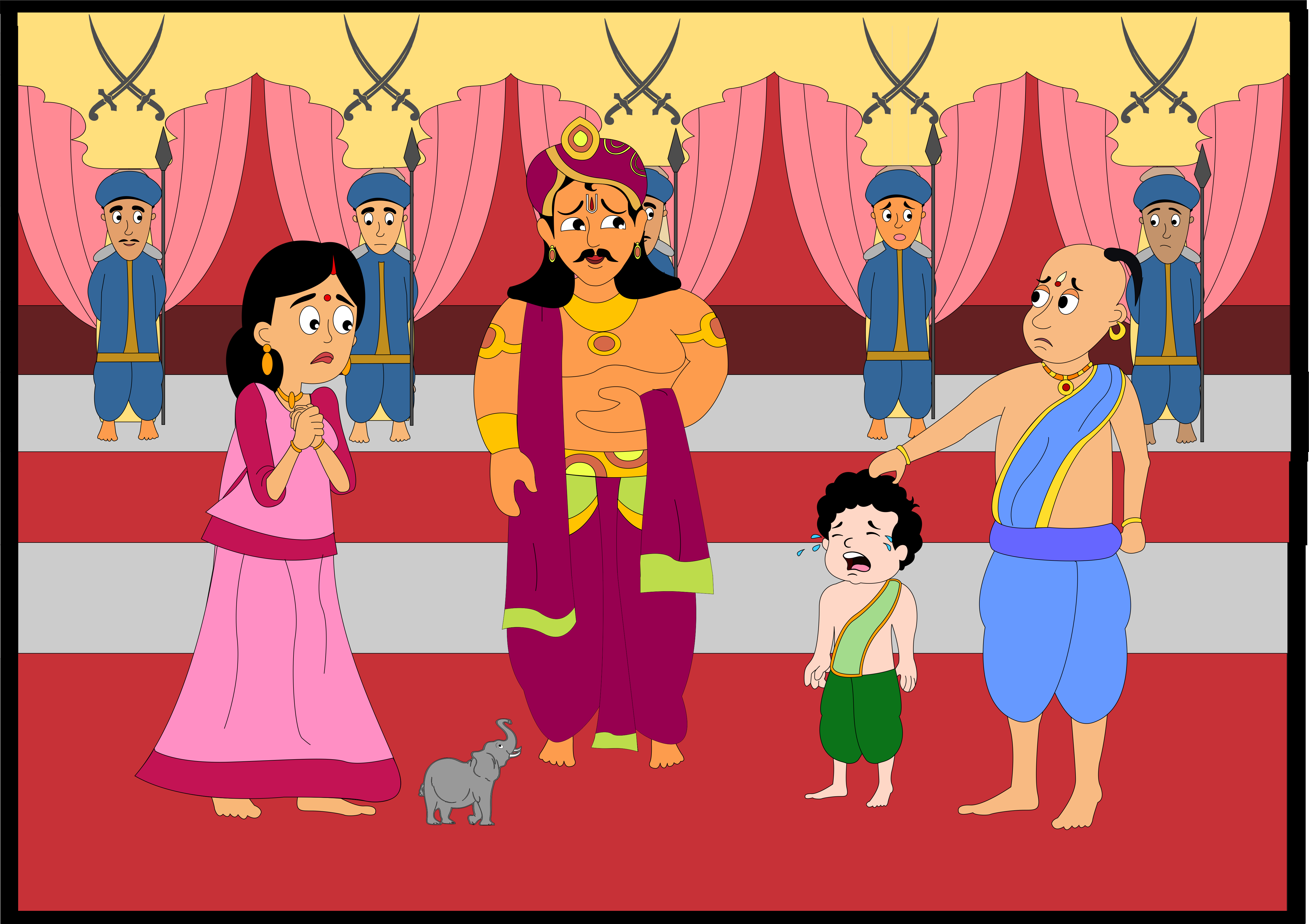 King Krishna Deva Raya was very happy with the way he ruled his kingdom. One day, he said to his courtiers, “You are all wise and learned men seated here. Perhaps one of you can tell me, which is the most difficult job in this world?”

All of them had ready answers. “Your Majesty ruling a kingdom is the most difficult task in this world,” agreed everyone. They were scared to say anything else, otherwise, it could make the king angry.

The king was pleased that his courtiers thought so highly of him. But his happiness was short-lived when he noticed Tenali Rama smiling to himself, as if he found the anwer to be funny.

“Why are you smiling Tenali? Do you not agree with the rest of the courtiers that my job is the most difficult in the world?”

Offended, the king said, “Prove what you have said, learned one.”

So, the wise minister asked for a mother and child to appear in court. Stroking the child’s head. Tenali Rama said, “Son, ask the king for whatever you wish to have right now and he will get it for you.”

“I want an elephant.” said the boy innocently.

The king ordered that an elephant be given to the child.

The child at once commanded, “Put it in my basket because I want to show it to my fiends.” But that, of course, was impossible and so, the child started crying.

Everyone tried to console him and so did the King, but nothing that anyone said would make him change his mind. Tenali too, tried to console him, but the child continued to cry. His mother too was scared and embarrassed. She looked at her son with glaring eyes but Tenali said, “Lady, can you fulfil your son’s wish without shouting at him?”

The mother bent down to her son and said, comfortingly. “Son, here take this little toy elephant. The big one won’t fit into your basket. How will you take it home?

The little boy’s tearful eyes gleamed as he looked at his mother happily. He stopped crying and started playing with the toy elephant.

Tenali ordered the mahout to take the elephant away. Before Tenali Rama could explain, the King said, wiping the sweat from his brow, “Certainly a mother’s job is the most difficult job in the world.”

Tenali Rama received many gifts from the king who commanded everyone to sharetheir views just like Tenali Rama did.