In Which a Man Deceives a Women 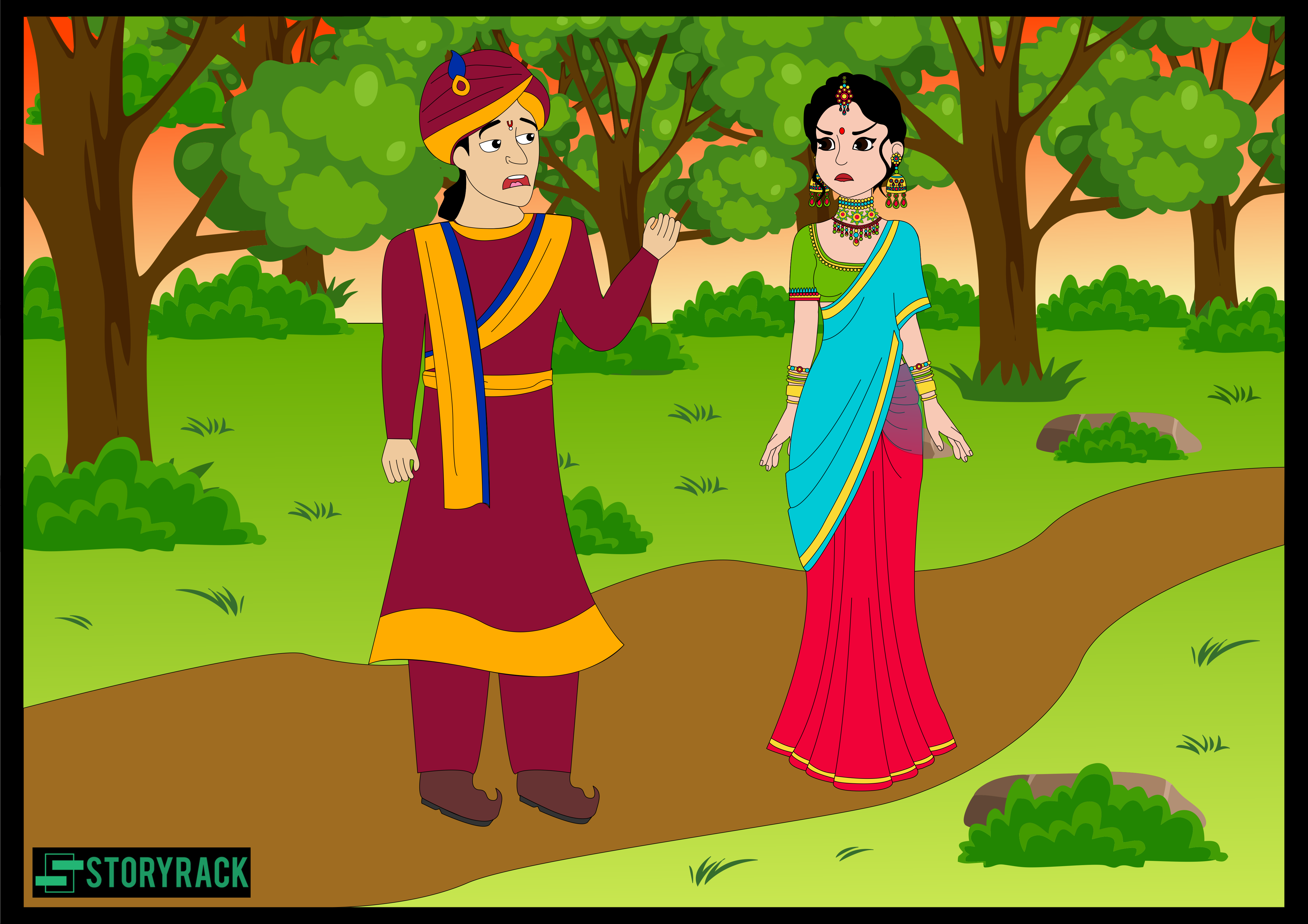 Ater grabbing Betal once again. Vikram started walking out of the forest. Betal then began another story.

Once, there lived a handsome prince, Vajramukut. One day, he went hunting with his friends but got separated. Then he came across a beautiful princess. Upon seeing him, she screamed angiy for her maids who made him leave But the prince had impressed her deeply. Meanwhile, he retumed to his friends and told them about the princess. As he wished to meet her, the minister’s son suggested that they go find the princess. They set off in disguise.

Soon, they stopped to rest at an old woman’s home. “I am the nurse of Princess Padmavati whom you seek,” she said. She welcomed her guests to stay with her.

“Be not so hasty,” said the minister’s crafty son. “She has not rejected you yet.”

The old nurse decided to try again. But again, the princess was angry and slapped her.

“By hitting the old woman, she has agreed to meet you,” said the minister’s son calmly.

Soon Padmavati and Vajramukut chanced to meet. The proud Padmavati disliked his daring manner and secretly vowed to revenge herself.

Vajramukut told the minister’s son of the princess’s behaviour. Then the friend said, “Listen, I have a plan. When the princess is asleep, feed her this powder. Then strike her left leg. Take her jewels to the bazaar the very next day.”

So, Vikramukut went about his plan. But at the bazaar, the chief jeweller recognised the jewels. Vajramukut was taken to the king. “Oh king,” Vajramukut said. “I found them in a cemetery with a witch. I hit her leg with my trident and took off these jewels.”

Stunned, Raja Dantawat called his mother and said, “Mother, go check whether there are any strange marks on Padmavati’s leg.

His mother found this to be true.

The king’s heart sank at this news but he decided that as punishment. Padmavathi should be banished. The plan had suceeded. The poor girl then agreed to marry Vajramukut.

“Now, Raja Vikram,” said Betal, “who was to blame really?”

“King Dantawat,” said Vikram. “The wise and experienced Raja should not have been deceived by such a silly trick.” Then, Betal flew back to the tree.