The Fox And The Crane 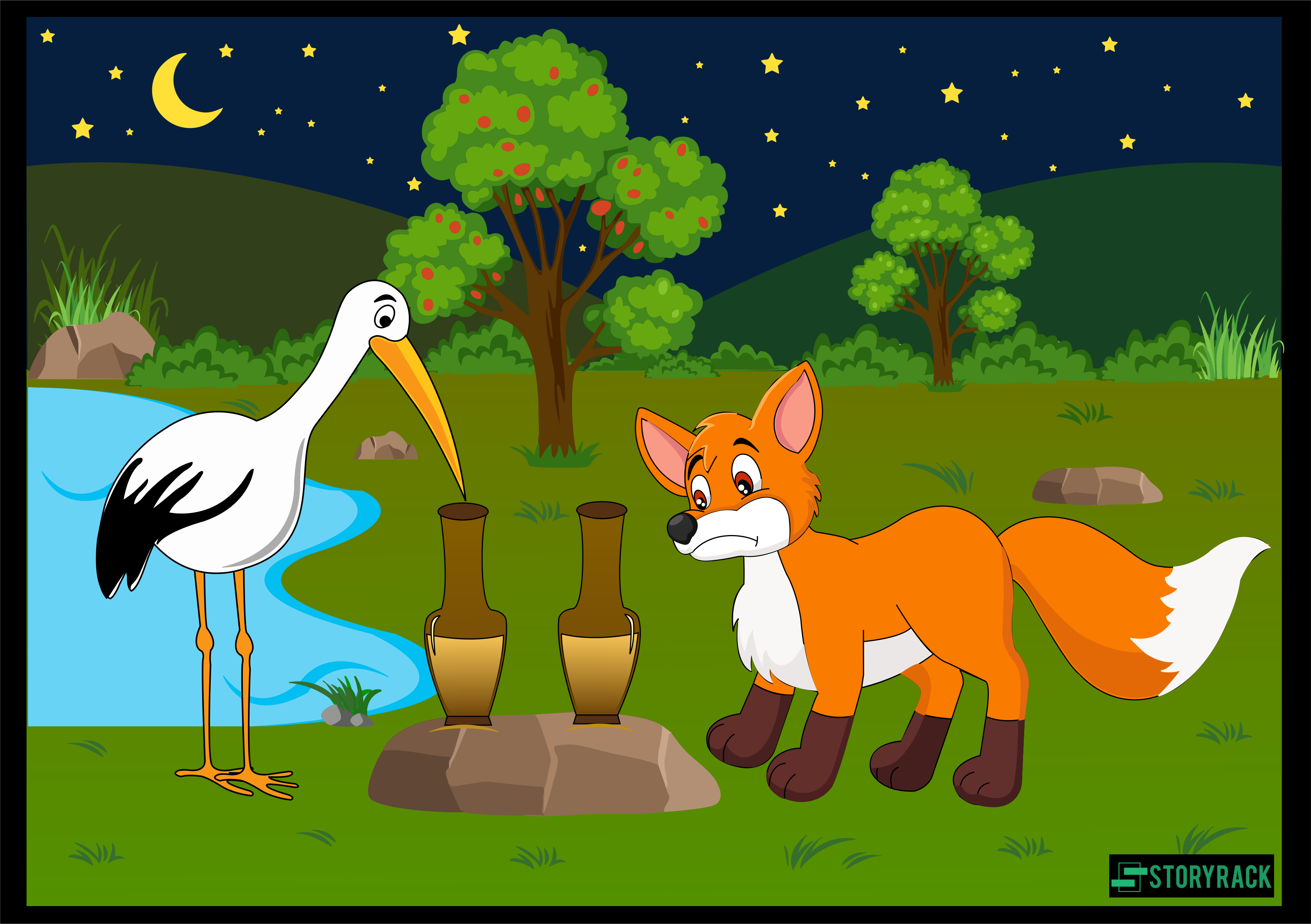 Once, a fox and a crane became friends. One day, a fox invited a crane for dinner at his house. The crane was happy to receive the invitation and agreed readily. When she went over, the fox welcomed the crane inside. They sat together and talked and talked and soon it was time for dinner.

When the fox came out of the kitchen, he carried two flat dishes with soup. He served and sat down to enjoy the soup. The crane could not drink the soup because of its long beak. This irritated the crane, but it greatly amused the fox. He lapped up his own soup and kept looking at the crane.

The next day, the crane invited the fox to dinner. The fox readily agreed. When the fox reached the crane’s house, the crane welcomed him warmly. Soon it was time for dinner and the fox could smell something lovely brewing in the kitchen.

The crane came out with two jugs full of soup. The jugs had a long narrow neck. Neither could, the fox get his snout in the jug, nor could his tongue reach the bottom. This irritated the fox a lot. The fox returned home hungry. Now he realized that he had been repaid for his behaviour with the crane.

AS YOU SAW, SO SHALL YOU REAP.