The Donkey In The Lion's Skin 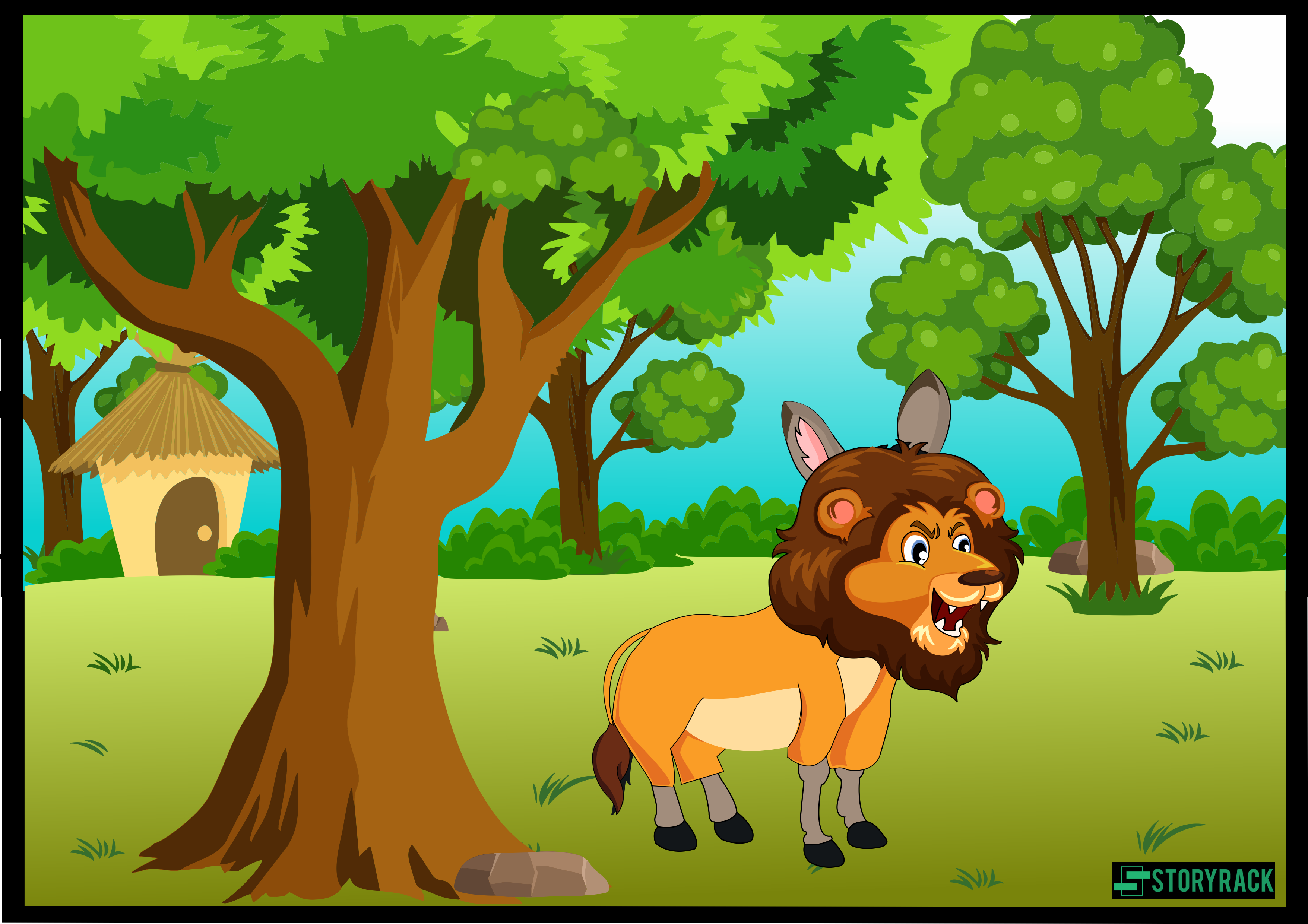 One day, a donkey found a lion’s skin. Oh! Look at that! it’s the lion skin. Let me put it on. He put it on and looked at his reflection in the river. Wow! I look just like a lion! No one can say that it is me. I must take advantage of this.

The donkey wore the skin and marched into the village. Obviously seeing a lion in the village the villagers got scared and started running helter-skelter. They left their stores and kiosks open. The women dropped baskets full of hay and fruits on the road grabbed the children and locked themselves indoors. This is so much fun! The villagers have left their food and belongings out here in the open for me to feast on. The donkey ate as much as he wanted to grabbed his loot and went back into the jungle.

For the next few days, he relaxed and enjoyed what he had brought from the village. When his supply ran out wearing the lion skin. He walked into the village once again. The villagers once again ran at the sight of the lion and the donkey gathered his loot. This went on for many days.

Every time he was successful, the donkey’s confidence grew. We must do something about this lion. What can we do? Let us follow him and see where he goes. And so, the villagers decided to follow what they thought was the lion.

The donkey was particularly happy that the day after plundering the village. Still wearing the lion skin he went straight to the wheat fields and started singing loudly. The villagers who were behind him recognized his braying. It is not a lion, it is a donkey! Braying in a lion’s skin. I say we teach him a lesson. The villagers caught hold of the donkey and beat him mercilessly.

It is not enough to pretend to be what you are, One must genuinely be what they say they are. Otherwise, their true nature will start showing and people will recognize their lie.