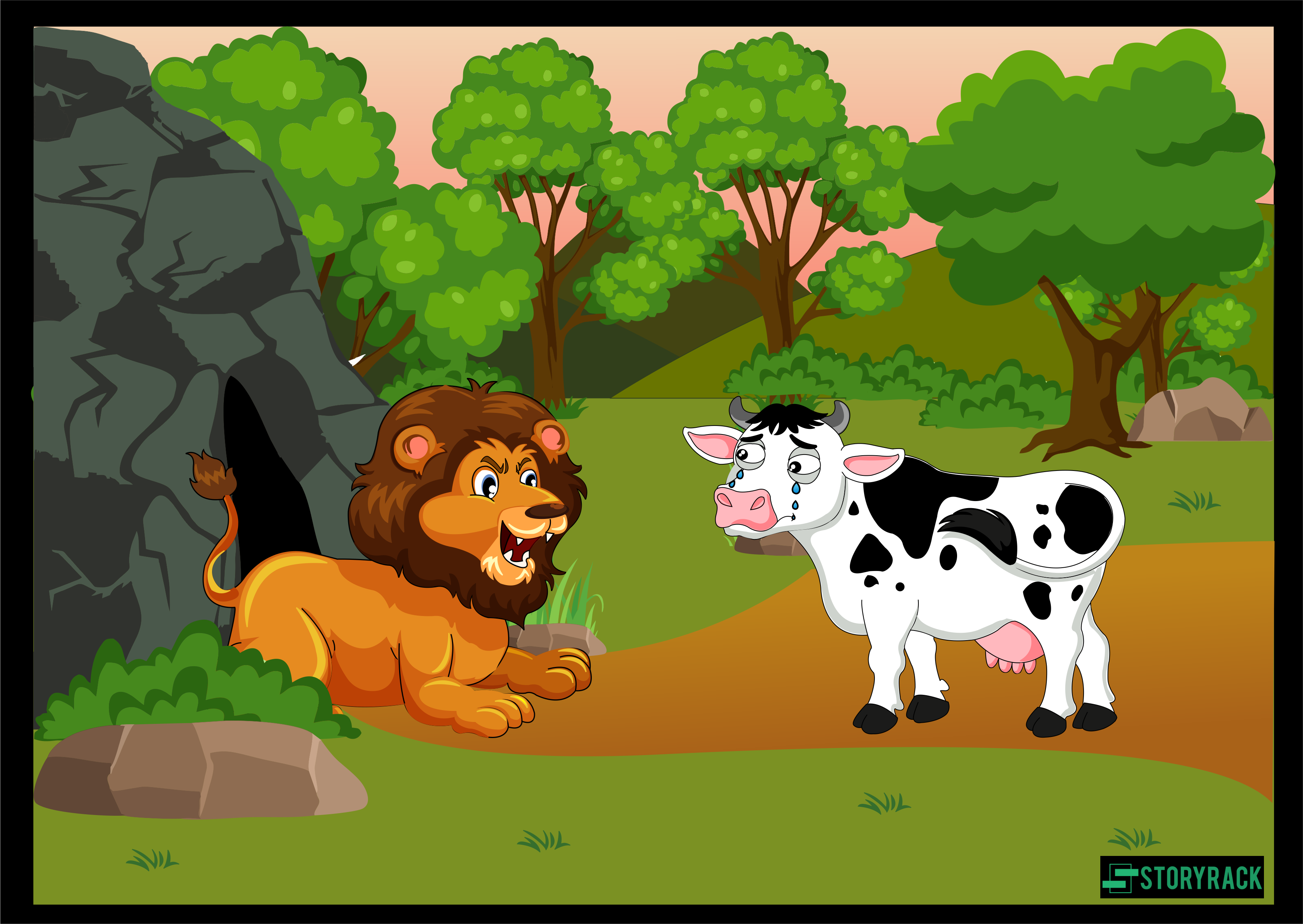 Once there was a herdsman by the name of Gopal. He lived a happy life near a mountain with his cows. One of his cows was named punyakoti. Punyakoti was a mother who was very fond of her calf. At dusk, she would run back home calling out to her little one, very eager to see him. Little did she know, a lion also lived on the same mountain and it so happened that this lion had gone hungry for many days.

While wandering in the jungle in search of prey, his gaze fell on punyakoti. Upon seeing her, the hungry lion growled to himself, “I will eat you today.” punyakoti spoke to him respectfully, “O Lord of the jungle, my hungry calf is waiting for me. I will feed my calf and then, I promise, I will come back for your meal.” at first, the lion did not believe her, but when she pleaded repeatedly, he finally gave in. “ Alright, I trust you and will let you go, but do keep your promise, if you don’t, I will never trust any animal again.”

Assuring the lion of her return, punyakoti returned to the cowshed. While feeding her calf, she recounted the incident to all the other cows. Tears rolled down their eyes for they did not want her to get eaten. However, a promise is a promise. With a heavy heart, everyone bid punyakoti farewell, assuring her that they would take good care of her little one. Before departing, punyakoti turned to her calf and said, “My child, all these cows are like your mother, never trouble them.” Overwhelmed by sadness, she could not speak anymore.

She then headed silently towards the mountain. When the lion saw punyakoti again, he couldn’t believe his eyes! He was quite certain that once a prey slips away, it never comes back. But punyakoti was standing right there in front of him. Tears welled up in his eyes as he said, “O punyakoti, I salute you, turning you into my meal would be a sin. Live a peaceful and fearless life. Today, I promise you that henceforth, I will not harm you, or any other cow.”

Punyakoti and the lion looked at one another and silently bid each other goodbye. Then they went their separate ways.

When a make promise, we should keep it up. We should never break it.