The Crocodile And The Monkey 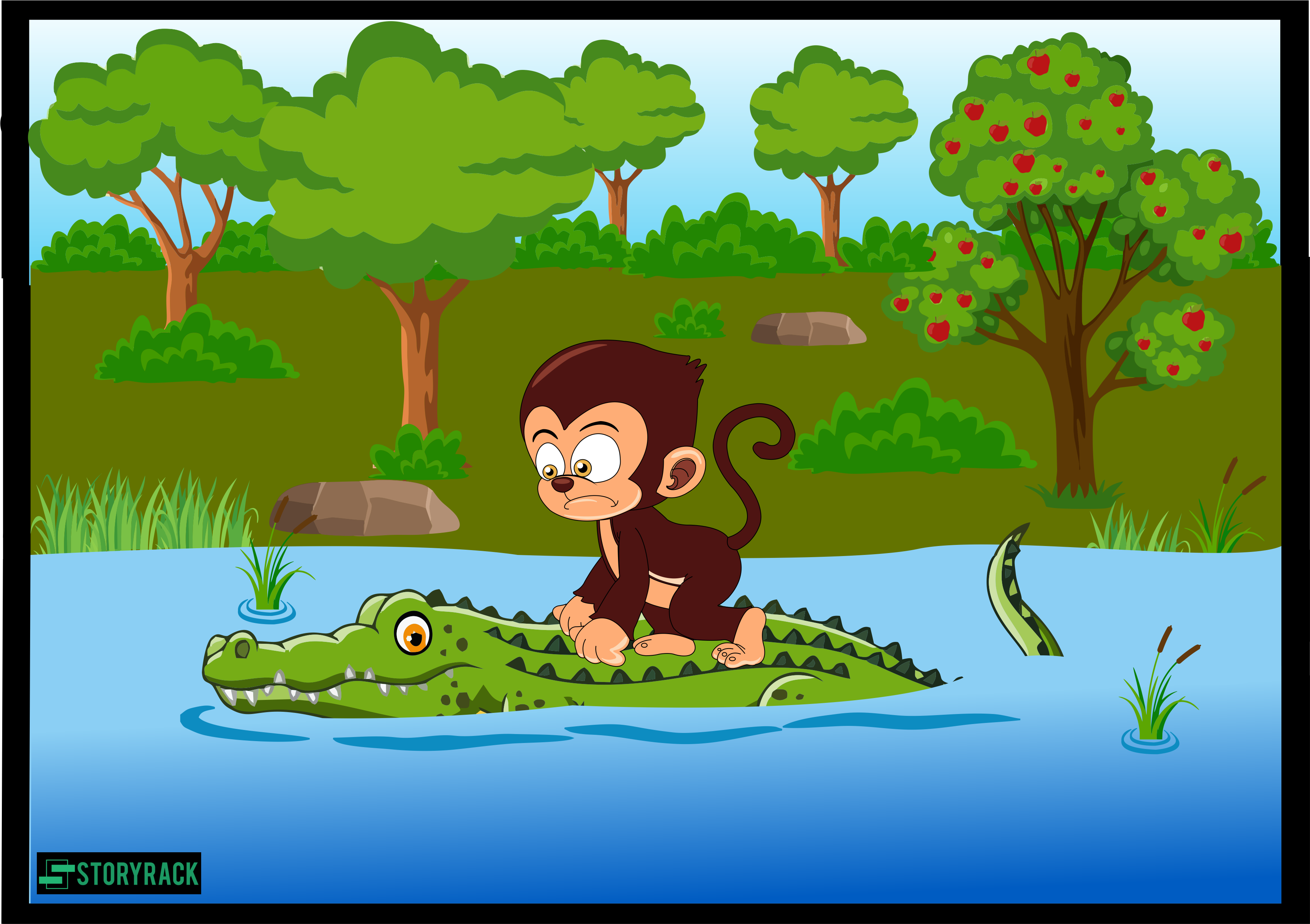 The crocodile’s wife wanted to eat the monkey so she devised a plan. Why don’t you invite your friend home so I can meet him? It is not possible. She kept getting greedier as every day went by. She wanted to eat the monkey. She decided to put her plan to work. I am ill and the doctor says, that I will be well only if I eat a monkey’s heart. How can I do that? He is my only friend and I cannot do him harm. She told him that he would find her dead.

when he came back from visiting with his friend the monkey. He had to bring her the monkey’s heart. So the crocodile decided to save his wife’s life. When he went to see his friend, later that day, he invited the monkey to his home. But how can I come with you there? You live in water and I shall drown! We live on the river bank and I shall take you there.

He took the monkey on his back and he started crossing the river. As the water in the river got deeper the monkey was scared. Don’t take me any further, or I shall die. I want to kill you and take your heart as a cure for my wife who is ill. The monkey started to think fast as he wanted to save himself. He needed to be clever and outwit the crocodile. I have left my heart in a hole in the red rose apple tree. Is that so? Then let us go and fetch it.

The crocodile swam back to the red rose apple tree. The clever monkey jumped off the crocodile’s back, and climbed high up on the tree and refused to come down. Go back to your wife, and tell her that her husband is the biggest fool in the whole world.