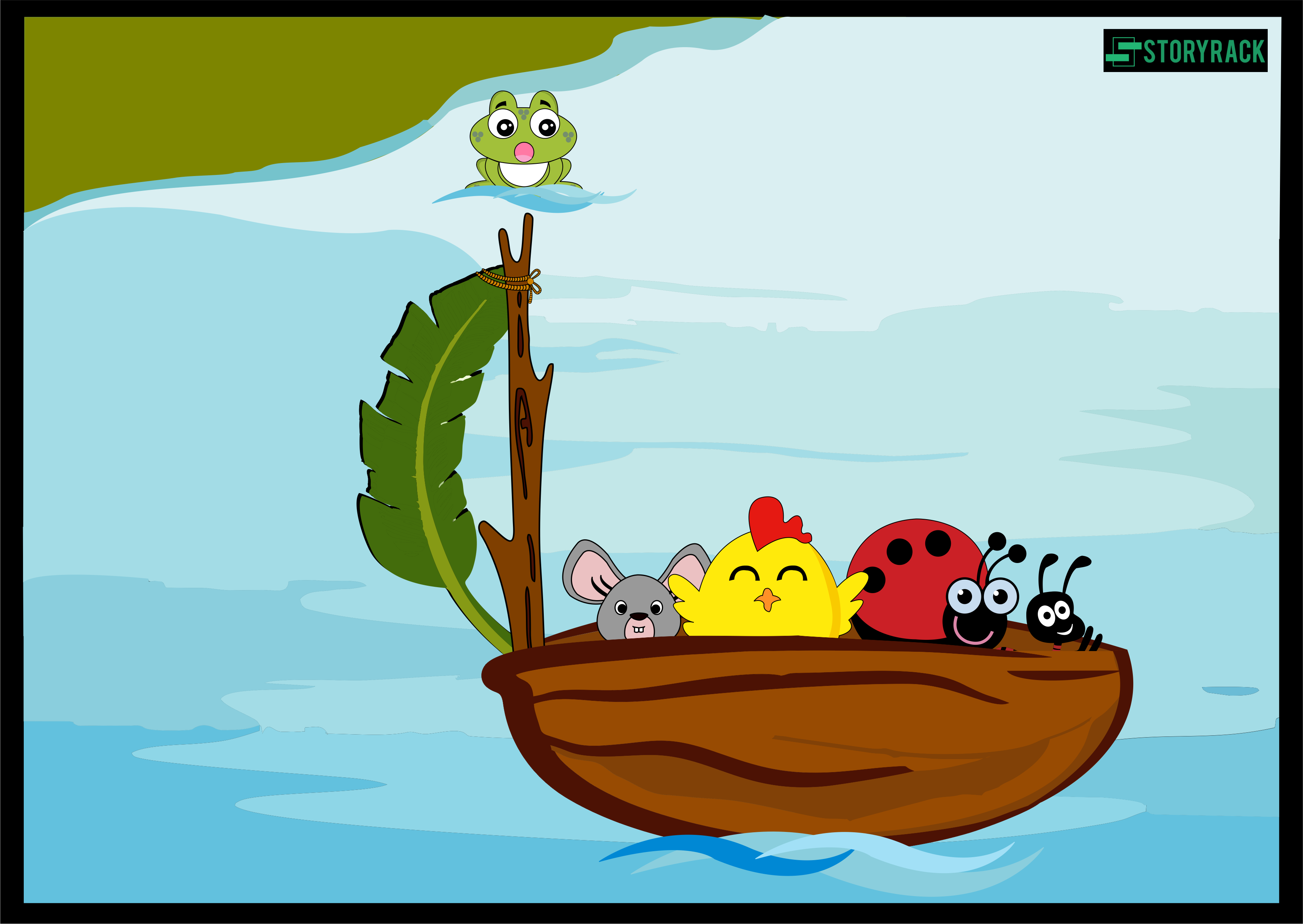 A Frog, a chick, a mouse, an ant, and a ladybird all went out for a walk. Soon they came to the bank of a stream. let’s go for a swim the frog jumped into the water. But we can’t swim the mouse, the ant, the ladybird also agree with the chick. All of them were offended. They tried to think of doing something. They thought and they thought and do you know what they did.

The chick went away and soon came back with a leaf. The mouse fetched a walnut shell. The ant brought straw and the ladybird a long piece of black thread. Then they all set to work. They stuck the straw into the bottom of the shell and tied the leaf to it with the thread and in a minute.

They had the prettiest little sailing boat you ever saw. They pushed it into the water went on board, and off they sailed. The frog stuck his head out of the water and was going to laugh again. But the boat was far, far away. Much too far, for the frog, to catch it up.