The Cap Seller And The Monkeys 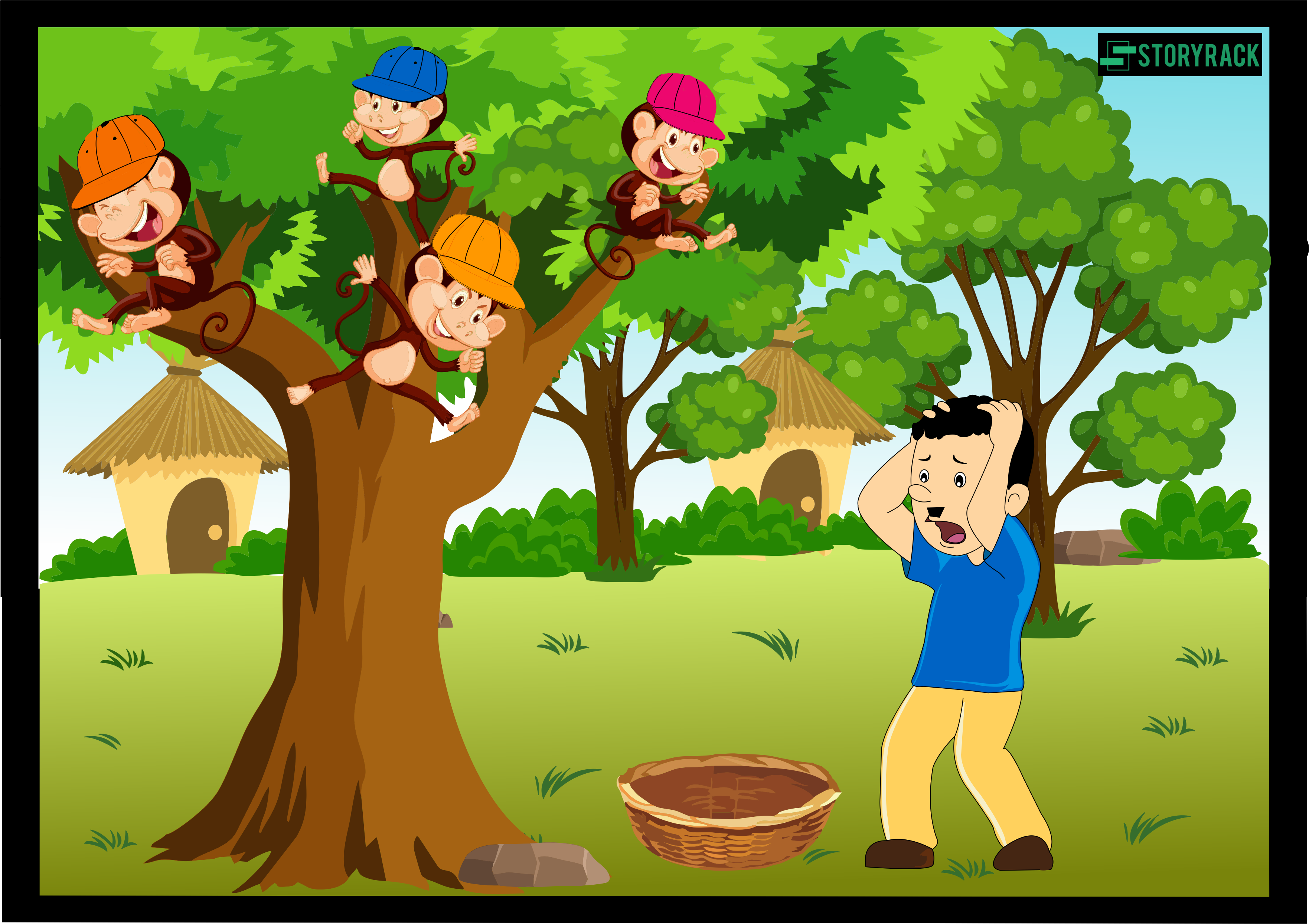 One day a cap seller was making his way to a distant town, by midday he was tired. He put his basket of caps down pulling out the bag of food, he ate his lunch. Since there was no hurry, he decided to rest for a bit. He settled down under a big leafy tree and was soon fast asleep.

He didn’t know that he has chosen a spot under a tree in which there lived a group of monkeys. The monkeys saw the colorful caps in the basket and wanted to play with them. They crept down slowly one by one. Each grabbed a cap and rushed back up the tree.

When the cap seller woke up, he was shocked to find that all his caps were stolen. He shouted My caps have been stolen. His eyes got a movement high up in the tree. He saw the monkeys wearing all of his caps. He waved his hand about angerly.

In a difficult situation, think calmly and ponder over the problem intelligently.