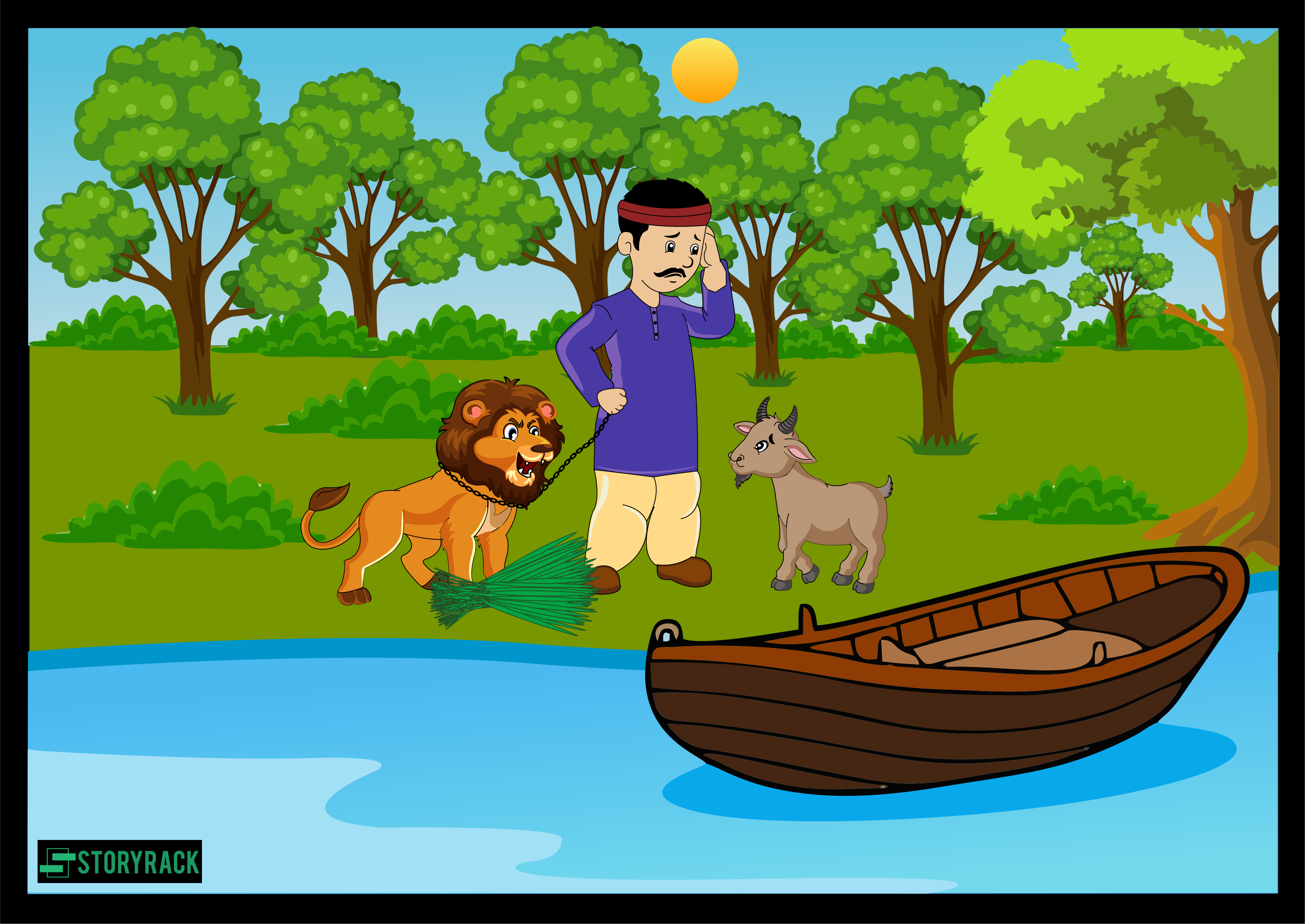 At last, he found the perfect solution. He first took the goat and left it on the other side of the river. Then he took the lion on his second round. He left the lion and brought the goat back.

Leaving the goat on this side, he took the bundle of grass. He left the grass with the lion and returned to take the goat in the end.

Thus, he crossed the river without any loss.