Lion And The Cows 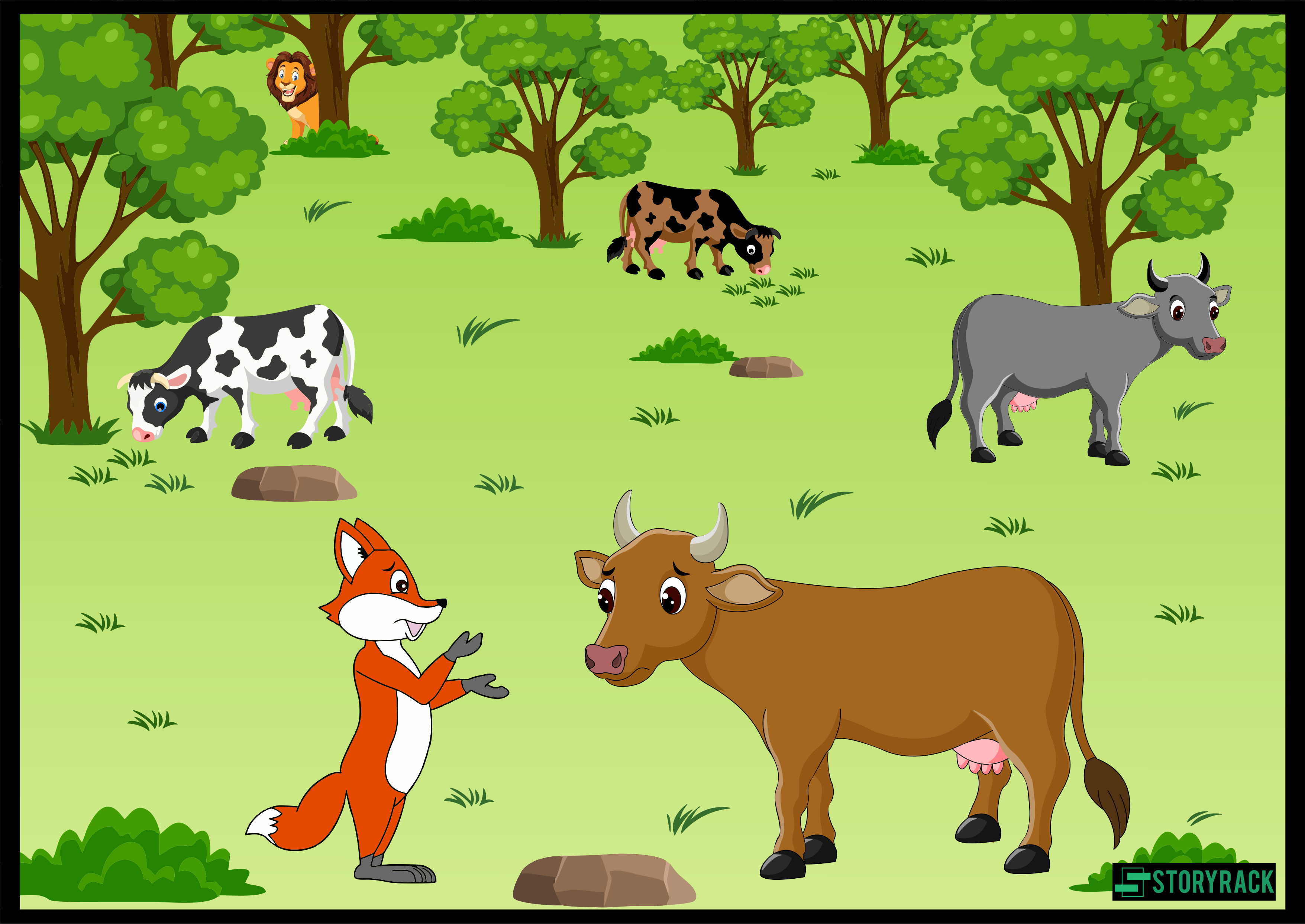 Once there were four cows, who were good friends. They were always together. So their enemies found it difficult to attack them. The jackal who lived, on the left out of the lion did not get enough food.

One day the jackal thought “I should do something to those four cows to put an end to their unity.” then he met each cow one by one, when they were at a small distance away from others, “Do you know dear your three friends have decided to leave you they are going to the next field where there are a lot of grains”. Hearing this each cow became very angry.

“Is that so, I will go before they get there” and went to the next field one by one without noticing each other. The lion, who was waiting for this chance killed the cows, and have a fest. The jackal too happily got plenty of food.

UNITY IS THE POWER.