The Bear And The Two Friends 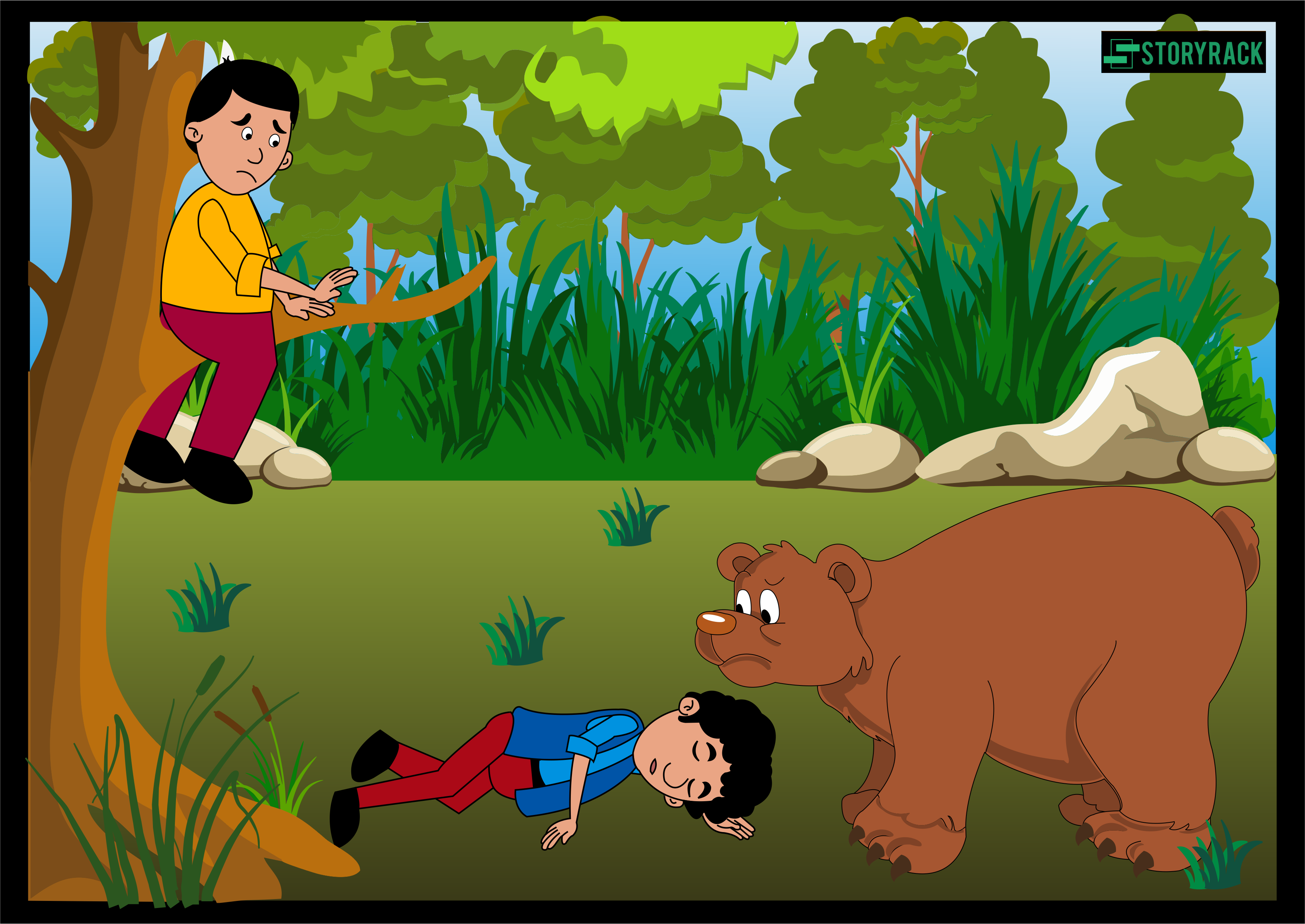 Once upon a time, two friends had to travel through the forest. It was a dangerous forest with many wild animals. There were lions,bears, snakes and even poisonous spiders in the forest.

As the two friends entered the forest they were gripped with fear of what lay ahead. I am so scared. I wish we didn’t have to go through this forest. I agree with you. But we have no choice. We must cross the forest to get to the other village. What if we get into trouble? let’s promise that if any of us gets into trouble the other will not run away. He will stay and help the one who is in trouble. Yes, I promise, my friend. I won’t leave you alone if you are in trouble and I promise you the same, my friend. I am feeling less scared now. I think now I can easily cross the jungle. I am glad. let’s go.

After some time of walking through the forest, the two friends heard a rustling sound from the bushes ahead of them. They stopped in their tracks. What do you think it is? Shh silent “I don’t know. I can’t see clearly.” Can you? Just then a large, dark figure appeared ahead of them.

The boy on the ground saw the bear approaching him and quickly lay down on the spot. He had heard that bears do not attack dead things. So he closed his eyes held his breath and lay very still. The bear came close to him. It came close to his head and sniffed and smelled his ear to see if the boy was breathing but the boy held his breath thinking that he was dead, the bear left the boy and moved on.

After the bear had left the boy from the tree came down. Are you all right? Yes, I am that was a close call! True it was. , my friend! I saw the bear come close to your ear and whisper something. What did it say to you? It told me to be wary of a false friend and not keep such company.

A friend who does not help his friend in the time of need is not a true friend.