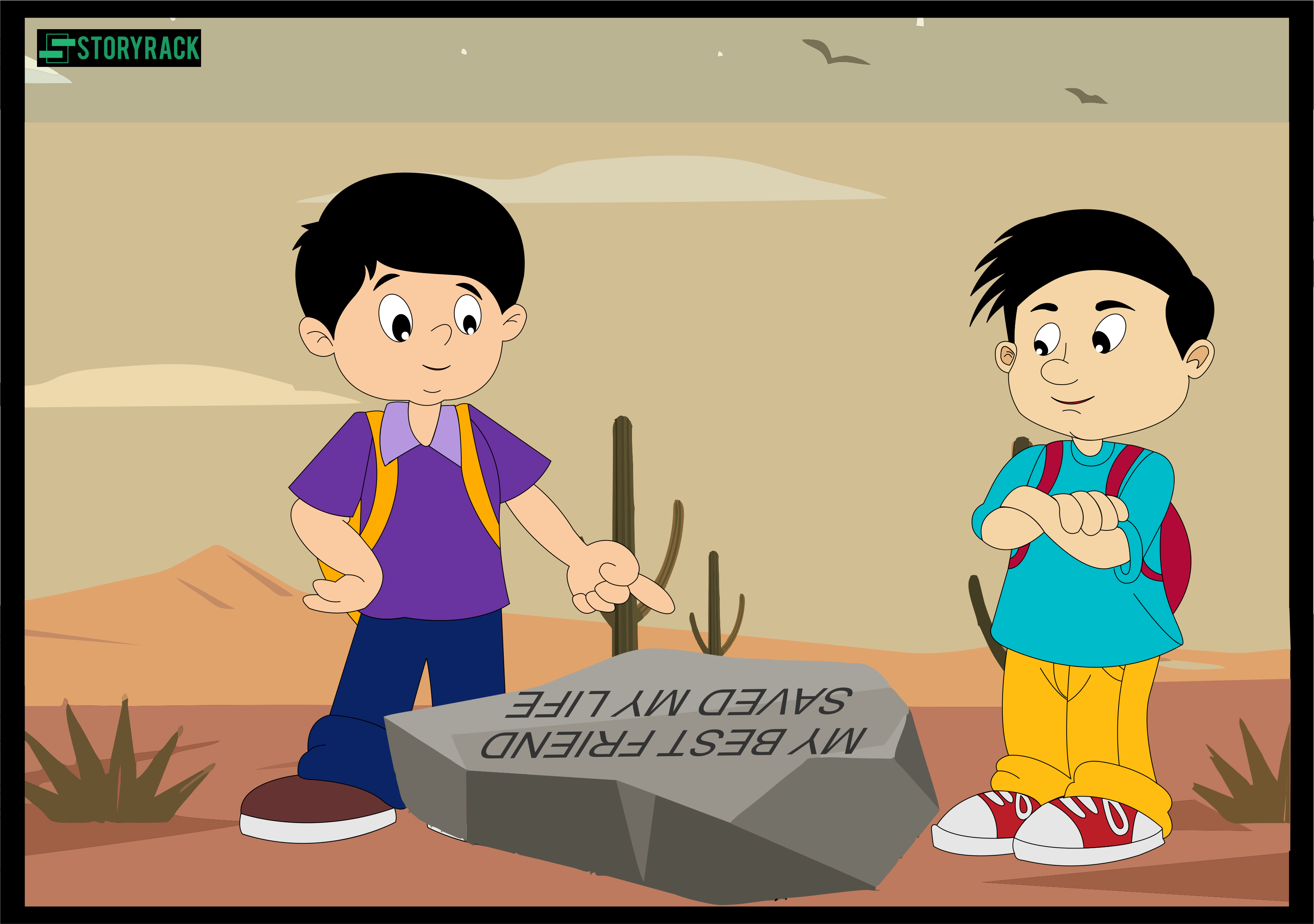 John and James were best friends. They fought for many reasons but never gave up their friendship. They went in search of a job and visited many places to earn some money. They passed through various places, villages, towns, forests, and beaches. They supported each other throughout their journey.

One day, they reached a desert. They had very little food and water. John said that they should save food and water for later use. However, James disagreed. He wanted to drink water, as he was very thirsty. They quarreled with each other for water. John slapped James, and they walked in silence. James wrote on the sand, “My best friend slapped me!”

Finally, they reached an oasis. They were very happy and had a lot of fun in the water. While they both were bathing, James was a bit careless and began to drown. John rushed to him and saved him.

James hugged his friend and thanked him. They had a little nap and decided to leave the place. When they were about to leave, James carved something on the rock. It was “My best friend saved my life!”

We have to forget the bad things and cherish the good things done to us.