Of the Marvallous Delicact of Three queens 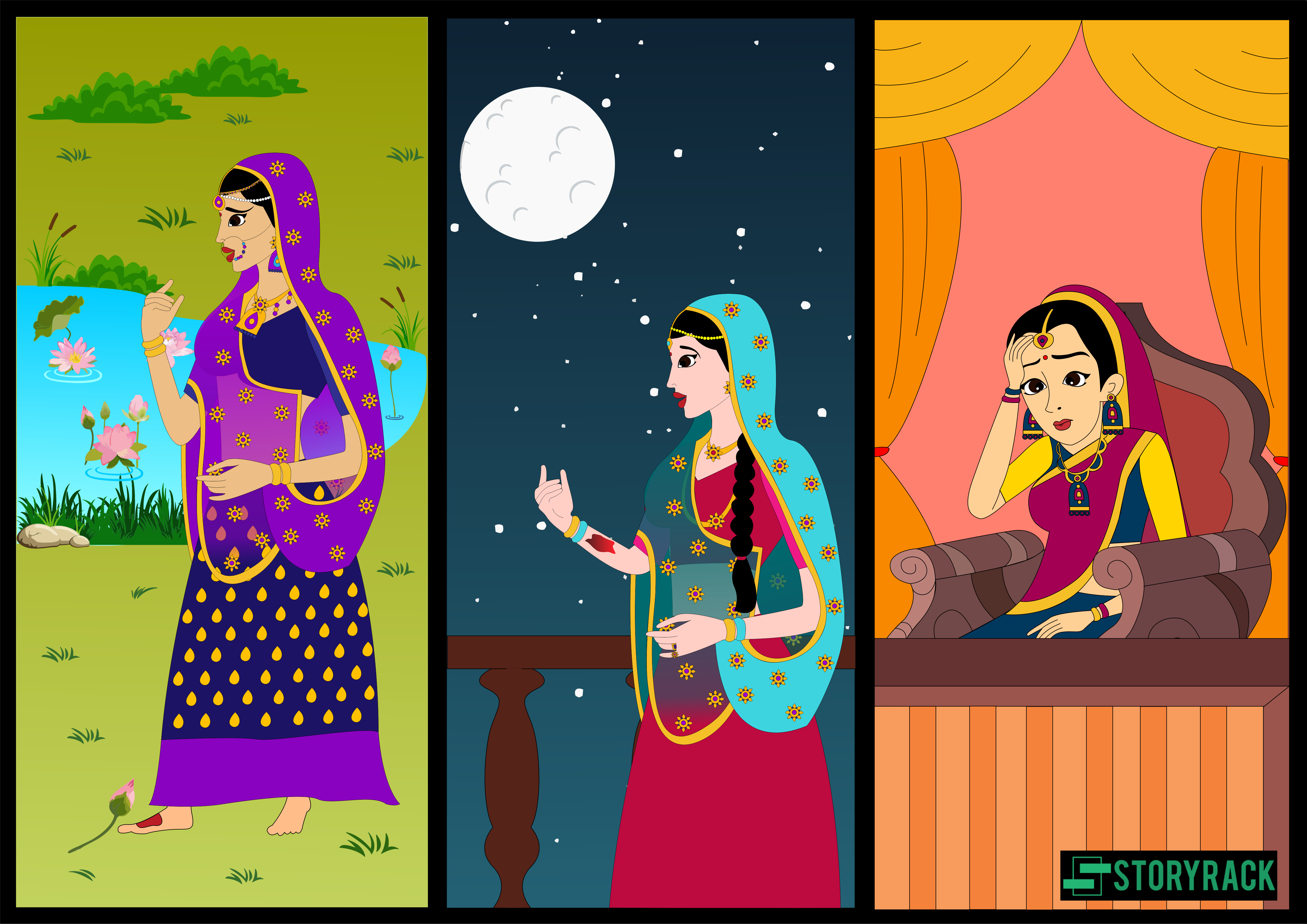 With determination, Vikram walked on hoping that Betal would not speak. But Betal soon began a new story

One day. King Dharnadhwaj decided to go for a stroll. He was accompanied by three of his beautiful queens. Soon, he came upon a large tank filled with lovely blooming lotuses. The Raja, captivated by its beauty, took off his clothes and went to bathe in the water.

After plucking a flower, he came to the bank. As he offered it to one of his queens, it fell on her foot and crushed it. Alarmed, the king set about trying to heal the wounds When night arrived, the Raja and his second queen went outdoors.

The moon’s rays fell on her body and formed blisters. The worried Raja tried everything to get her cured.

Later in the day, the noise of a wooden pestle came from afar. At this, the third queen fainted with a bad headache. The Raja was miserable.

Then, Betal stopped abruptly. Now, Vikram, he said, “which of the queens was the most delicate?

The one who fainted because of a headache was the most delicate,” answered Vikram and Betal went back to the peepul tree.