Tenali and his Cat 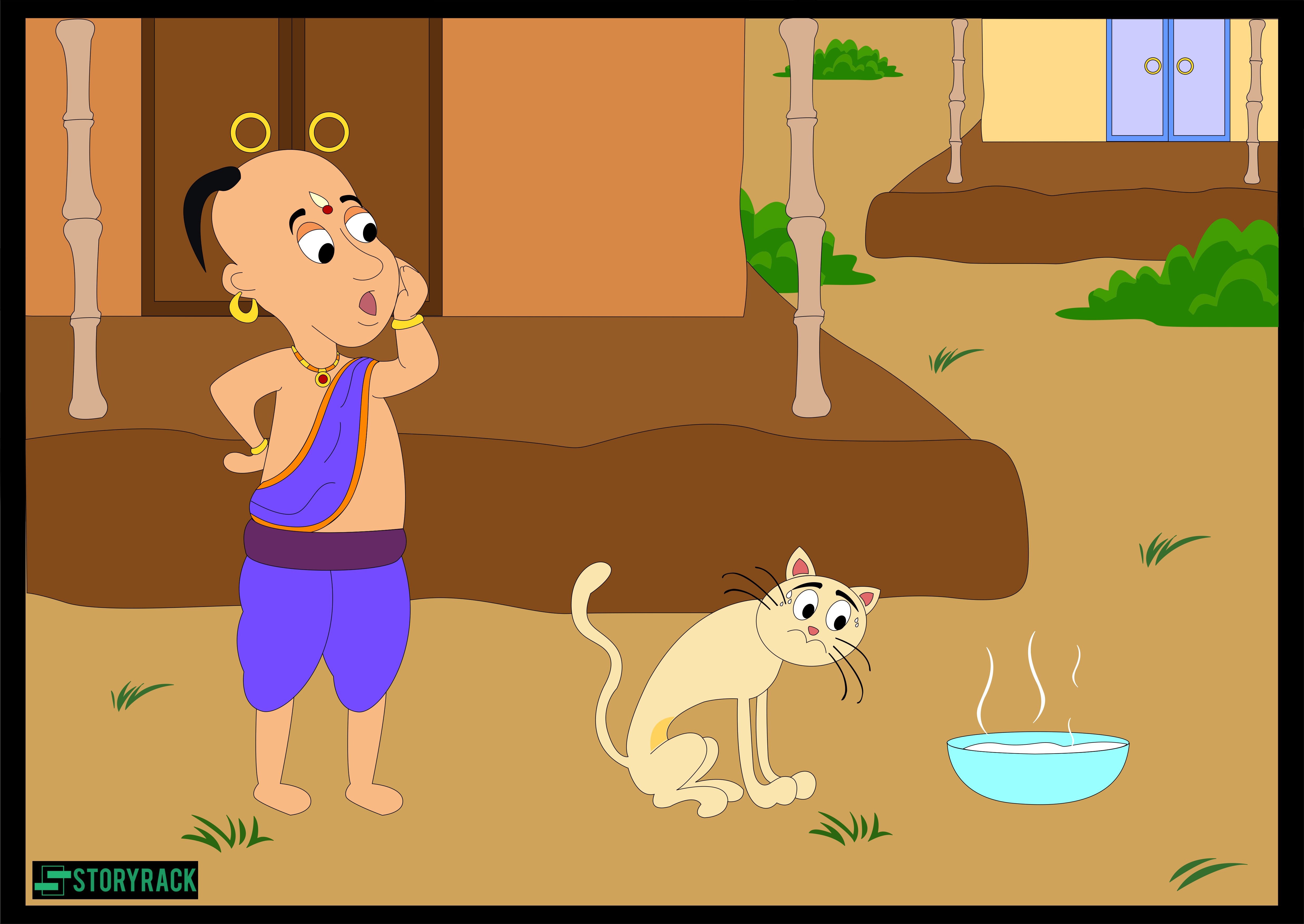 Once upon a time, Vijaya Nagar Kingdom was under the menace of rats. There were rats everywhere - closets, kitchens, bedrooms. They nibbled on everything possible they ate books, wood, paper, food and clothes. King Krishna Deva Rava himself was fed up with the tiny creatures. Tired of seeing rats everywhere, even on his food, the king decided that strong measures need to be taken to get rid of the menace. So, the king ordered every household to raise cats - strong and healthy cats!

So each household started getting cats. The more the cats, the lesser the rats were in the Kingdom. The King was very proud that he had solved the rat problem. But, after a couple of days, people started complaining that their cats consuming a lot of milk.

So, the king gifted every house a cow so that there woud be enough milk for the cats. However. Tenali Rama, the wisest of all the ministers in King Krishna Deva Ravas court thought it was to be a sheer squander to waste all the milk on a cat, though he to raised one out of respect for the king

Every morning. Tenali would pour the boiled milk into a pan for his cat. One day as he was pouring out milk for his cat, his cat rushed to take a sip but bumt its tongue and fled

From then onwards, Tenali Rama noticed something strange - his cat would dash out of the door every time it was served milk. Eventually, the wise Tenali thought, rather than waste the milk, it was better to drink it himself. Days passed by and his cat grew lean and weak.

One day, the king ordered everyone to bring their cats to court. “I want to see the cats are being fed well,” commanded the king. He wanted to reward the master of the healthiest cat and punish those who didn’t feed their cats well. When everyone assembled, he was shocked as well as disappointed to notice that it was Tenali Rama’s cat which was the weakest and skinniest of all.

“Are you not feeding your cat well, Tenali?” asked the king

The king could not believe Tenali as it was impossible that a cat could run away fom milk.

Your Majesty!” said Tenali, “if you want you can offer milk to the cat and see it for yourself.” So, a bowl of milk was brought and, to the king’s surprise, the cat fled away as soon as it caught sight of the millk.

“What did you do Tenali? Surely you must have done something that has made the poor cat dislike milk!” shouted the king.

“Your Highness, the first time I gave it milk, the milk was hot and it did not strike my mind that it would burn the cat’s tongue. Indeed it did. Since it stopped having milk, it has turned out to be very good at catching rats!” exclaimed Tenali. “Let’s forget that that was the main purpose of raising the cats, in the first place,” said wise Tenali.