King Vikram and the Sage 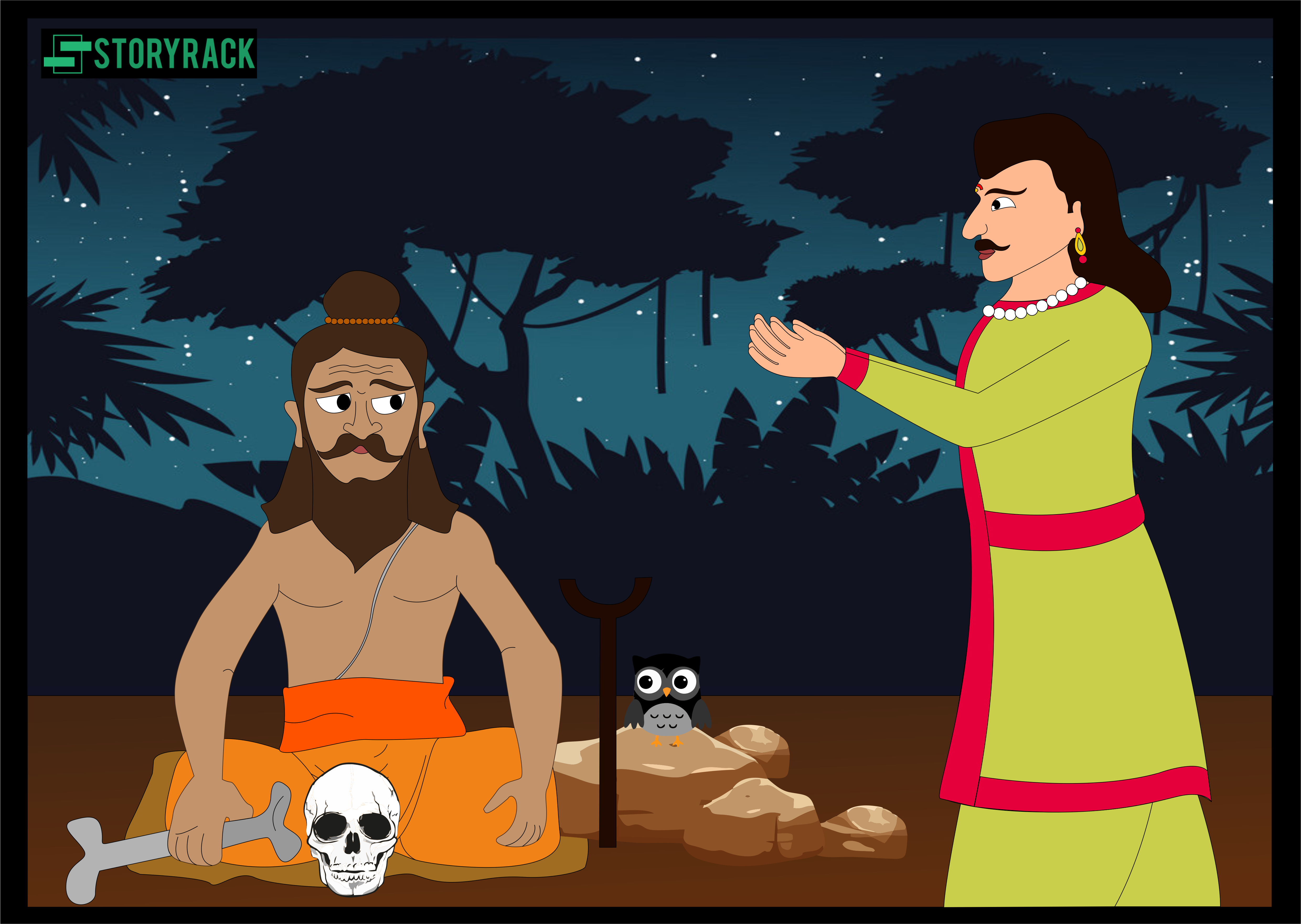 A long time ago, India was ruled by a king called Vikram. He was known for his courage and wisdom. His people loved him dearly as he was just king. King Vokram ensured that everyone in his kingdom was happy.

One day, while King Vikram was holding court, a sage ame to ask for his help. King Vikram promised to help him.

So, he asked the king to meet him in the creamation ground, outside the city on the next moonless night.

Although the king was puzzled by this strange request, he set out to meet the sage, as he had already given his word.

When the sage saw him, “My barve King, deep in the forest there is a n old peepal tree, from which a corpse hangs upside down. Please bring the corpse to me.”

King Vikram se t out in search of the peepal tree, spotted the tree and the corpse hanging from it.

He dragged the corpse down and slung it over his shoulder.

Just then, the corpse let out blood-curdling laugh. The King was taken aback. He realised that the corpse was not an ordinary corpse. It was a ghost.

Undeterred, he purposefully walked on. Hardly had he taken a few steps, when the corpse escaped from his shoulder and went back to he peepal tree. King Vikram walked back to the tree.

He brought down the corpse and started walking out of the forest. “Who are you?” asked King Vikram.

“I am Betal,” the corpse replied. “Where are you going?”

“A sage asked me to take you to him,” replied the king.

“Well, I will go with you on one condition,” said the corpse. “Since it is a long walk, I shall tell you a story to pass the time. But if yiu speak, I shall fly back to the tree.”

King Vikram agrred to the conditions laid down by the corpse. So, he carried him on his back, and they continued their journey.