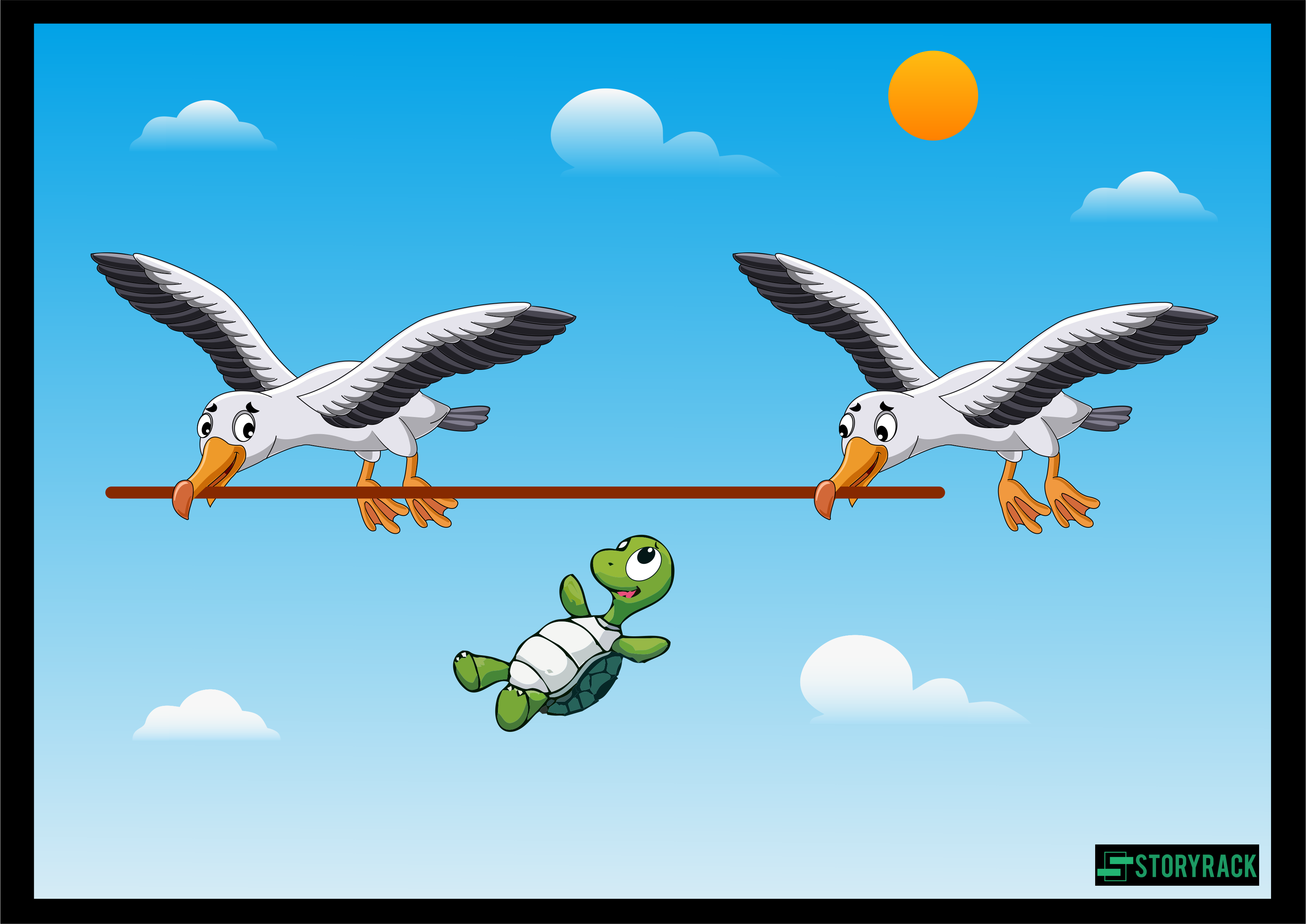 There lived a tortoise and two cranes near a lake in the forest. They became very good friends. Cranes used to fly around and tell tortoise about a wonderful waterfall nearby. The tortoise was very fascinated about what the cranes told him and always wanted to see that place.

One day Tortoise asks the cranes. I would like to visit the waterfall. Can you take me along with you? But how can you go with us? The cranes asked in surprise. Can you carry me on your back? But our backs are so small. You may slide and fall. Tortoise thinks for a while and has an idea. He asks the cranes to get him a strong stick so that he can hold on to it with his jaw and each crane on either side. The cranes liked the idea and get the tortoise a strong bamboo stick. Before they started, the cranes had warned the tortoise Be careful. Do not open your mouth in the sky. If you do you will fall. Tortoise agreed and they started their flight.

After flying around for some time, tortoise starts to think that he is very smart as his idea worked. A passerby crane looks at them and tells to the cranes “ it’s very nice of you to carry a tortoise on a stick like that. Great idea!!!”. Now the tortoise thought this was very unfair to him. It was his idea, how could they praise the cranes for it? He wanted to tell that it was his idea. Forgetting what the cranes had told him, he opens his mouth and said: “ IT WAS….”. But the unfortunate tortoise did not complete the sentence. The moment he opened his mouth, his jaws let go of the stick and he fell, down and down and down.

FOOLISH PRIDE ALWAYS HAS A FALL.