Can The Owl Be The King

Can The Owl Be The King 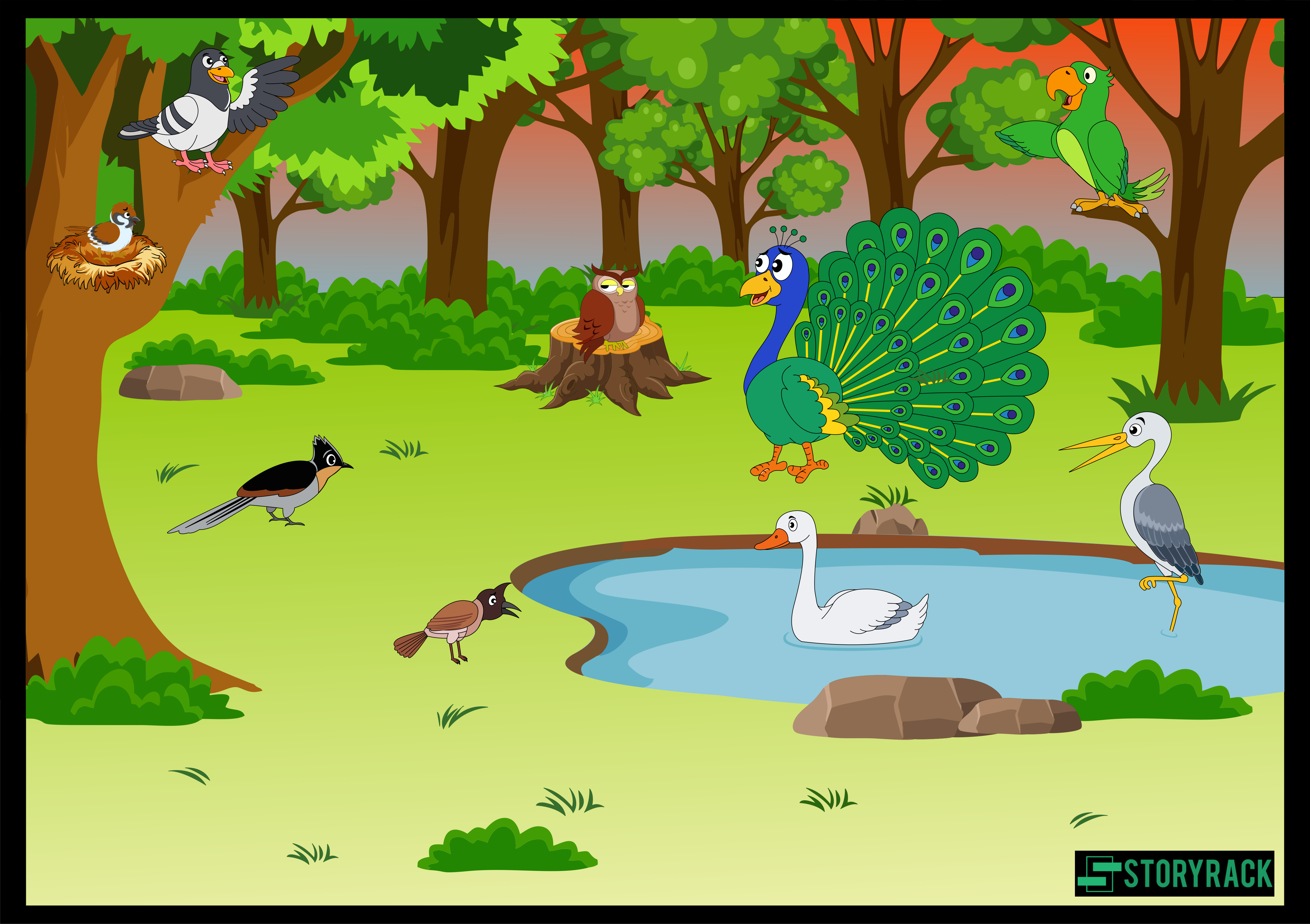 One day, all the birds, including the swan, the parrot, the stork, the cuckoo, the peacock, the pigeon and the bulbul held a meeting. The peacock said, “It feels as if we are without a king.” The swan said, “The eagle is our king. Yet why do you feel so?”

“Yes, the eagle is our king,” said the peacock. “But he is the king only in name. We hardly see him or meet him. He spends most of his time serving Lord Vishnu. He is not at all concerned about us. What is the use of such a king?”

All the other birds were also of the same opinion. “Now it is high time we select a new king,” said the peacock rather softly. “Yes. Yes, of course,” said another bird. “Of course, I agree with you,” said yet another bird.

All the other birds once again agreed with the peacock’s suggestion. They all welcomed his suggestion with a loud chirping.

After the loud chirping had died down, the peacock said, “I think we should crown the owl as our new king. He has got a scary face. His face can scare away even the mightiest enemy.”

All the birds welcomed the idea of making the owl the new king. It was then decided to perform the coronation of the owl. A big throne was made and the waters of all the rivers were also brought. The parrots began to chant the mantras. The bulbuls and the cuckoos sang sweet songs to celebrate the occasion.

At last, it was time for the owl to ascend the throne. The owl walked proudly towards throne. As he was about to sit on the throne, he heard the crow cawing loudly.

“The owl is being crowned as he new king…”

But the crow interrupted and said harshly, “How can the owl be made the king? He cannot even see in broad daylight. He is mot fit to be the king.”

The owl was stunned. He could recognize the cawing of the crow and he felt like attacking him. But he thought, “I can rush in the direction from which I hear the cawing and attack the crow. But the clever crow will fly away. He will take advantage of the fact that I cannot see during the day and thus peck me with his beak.”

“Besides, I am the future king,” said the owl to himself. “It will not befit my status to get angry and rush to attack the crow myself. Except the crow, all the other birds support me. Therefore, I should ignore the crow’s protests.”

But the crow continued his protests saying, “Think about it. Is the owl fit to be the king? Look at his features. He has a crooked nose, big eyes, broad head… He ugly!” looks so

“And, the eagle is our king,” continued the crow, “He is so famous! So influential! So helpful! Hence, do you think it is right to make someone else the king?”

All the birds now agreed with what the crow said. One by one, all of them flew away quietly. The owl could hear only the noise of the flapping of wings. After some time, the noise died down. It was quiet all around.

“What about my coronation?” thought the owl. “Why is it so quiet around here?” After waiting for some time, the owl said, “Where is everybody? Why are you quiet?” The crow said, “All the birds have flown away to their nests.”

The owl was aghast. “O crow! Why did you do this to me? Why didn’t you let me become the king of the birds? From today, you are my archenemy,” said the owl angrily.

“Caw… caw… caw…” cawed the crow happily as he flew away.