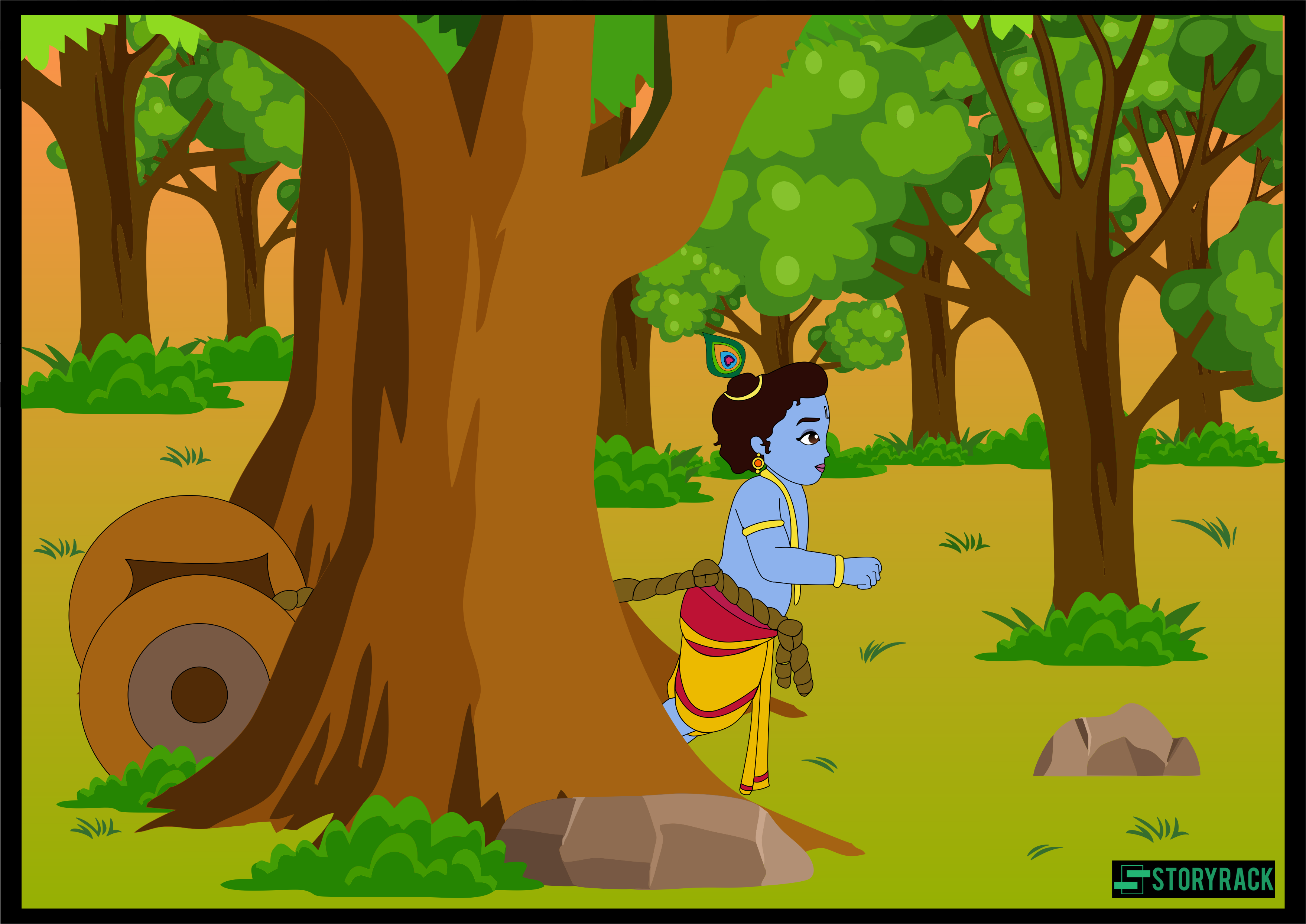 Krishna broke the butter pot ate some of it while his mother was busy in the kitchen. He even started feeding the birds.

Seeing Krishn’a act Mother Yashoda decided to teach him a lesson. She found some rope lying near by. She ook it and tried to tie Krishna to a mortar but the rope fell short by a few inches. So, she brought more ropes and tries to tie Krishna by knotting them together but every time the rope was short by a distance equal to the width of two fingers.

Krishna dragged the mortar and crawled in between the two Yamla Arjuna trees. The mortar got struck between the trees. When Krishna crawked some more the trees fell down and two divine persons appeared from the fallen trees. hey were the sons of Kuvera by name alakuvera and Manigriva. They regained their original form and offered their prayers to Krishna and returned to the heavenly planets.