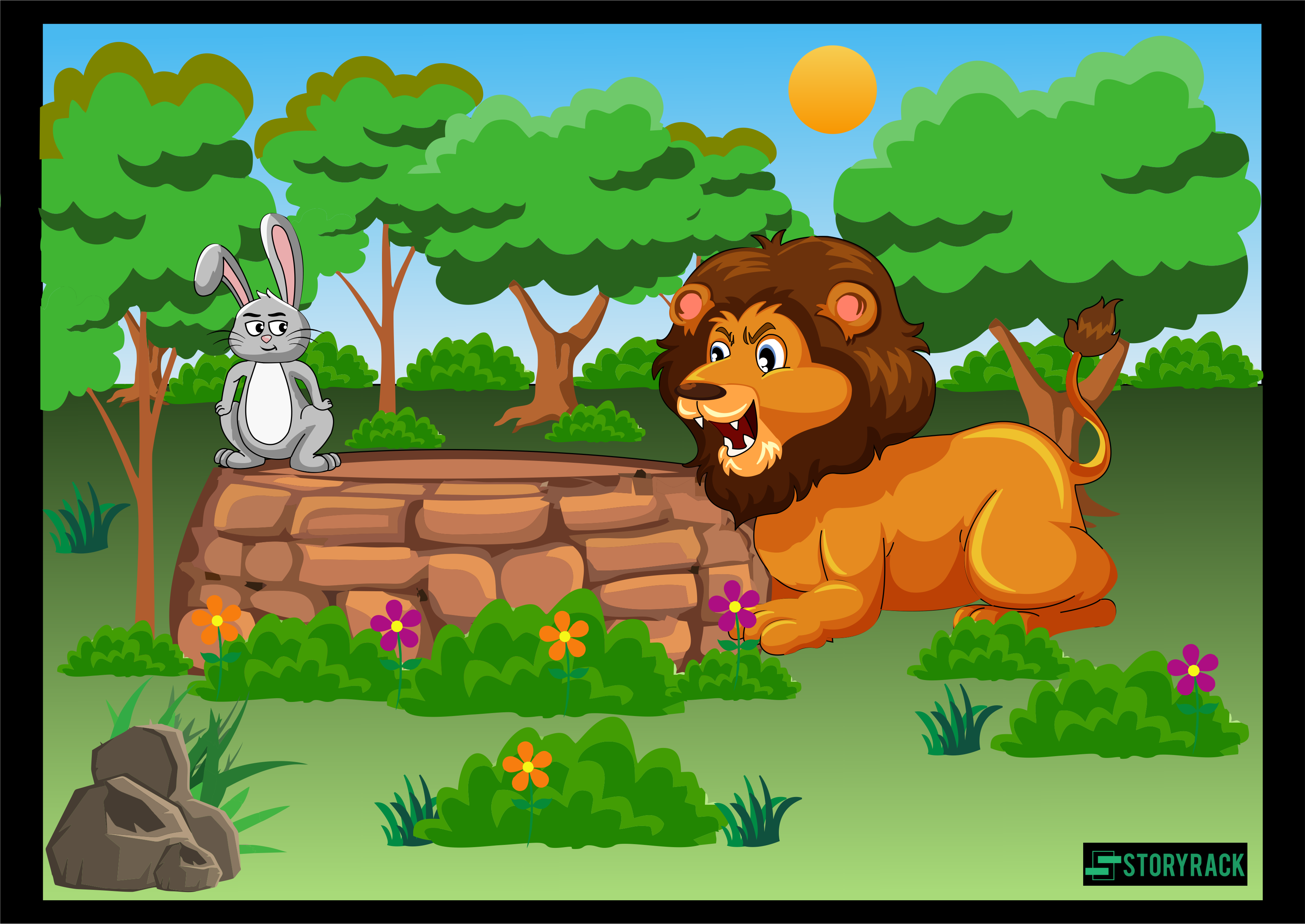 All animals in near of the lion’s anger started to obey this order. One day, it was the hare’s turn to go into the lion’s den. He was very sad. On his way to the lion’s den, he came across an old well. He looked into it. It was very deep. As he looked an idea struck him.

The lion was very hungry that no animal had come that day. The hare slowly came towards the lion. The lion roared “why are you late?” The hare humbly replied, “on my way I happened to meet another lion in the jungle. He kept claiming himself to be the king of the jungle and wanted to eat me. I got away with much difficulty to give my life to you, your majesty.”

The lion was pleased with the hare but the thought of another lion in the jungle made him angry. The lion roared “Do you know where he lives?” the hare replied “yes, sir. Please come with me”. The hare took the lion to the old well. He said, “sir, that lion lives in this well.”

The lion peeped into the well. He mistook his reflection for another lion. He roared and there was an echo. He thought that the other lion was roaring too and jumped into the well. That was the end of the lion. The hare succeeded in his plan of outwitting the lion and went back happy that the managed to save his life along with the other animals lives as well.

WISDOM CAN WIN MIGHT. OR THINK CLEVER WIN SURE