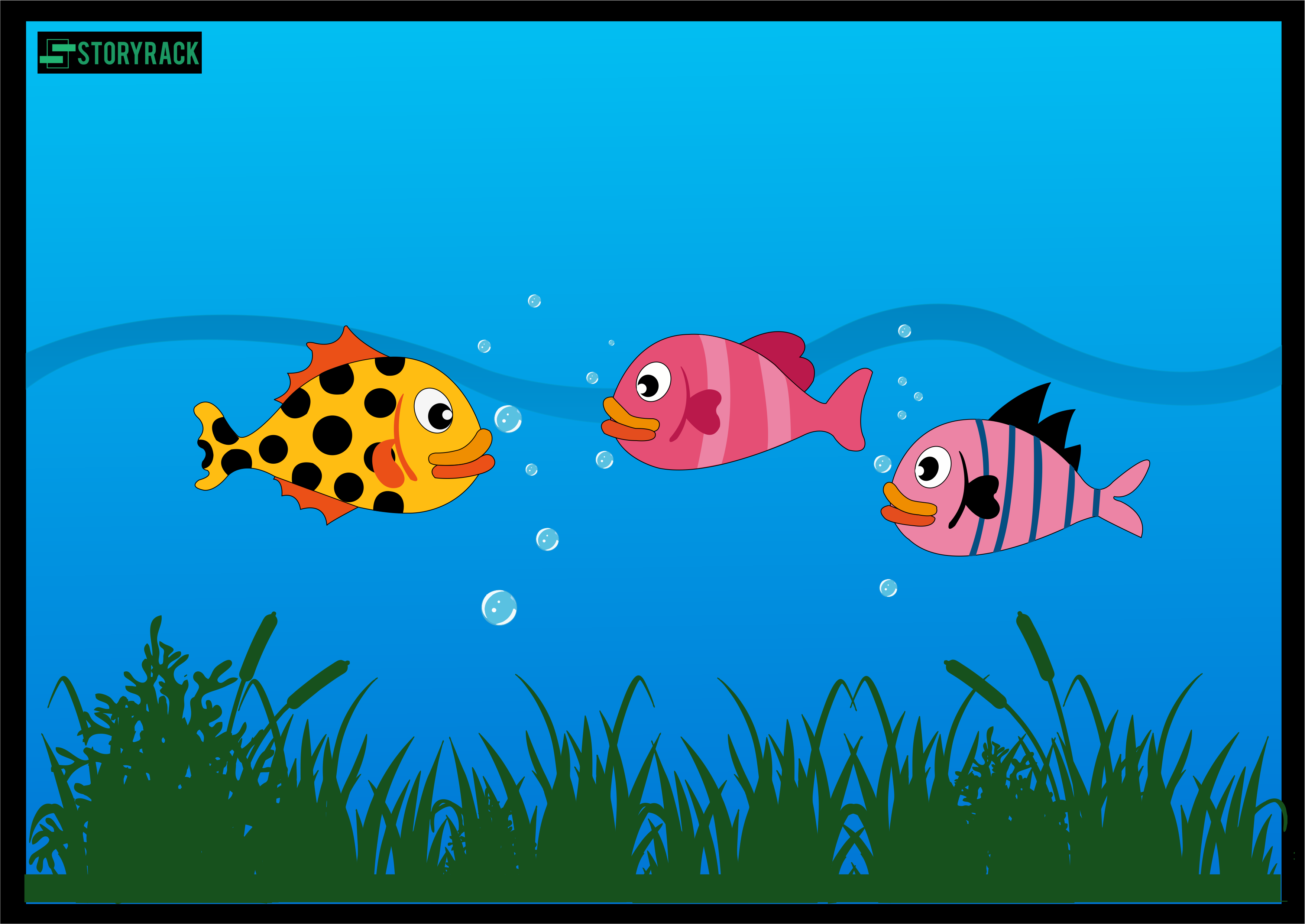 Once upon a time there lived three big fish in a lake. One of them was wise, he was very careful in his thought. Another was intelligent and resourceful. But the third fish always believed in fate.

One day when the wise fish was leaping about in the water. He heard a fisherman say Ho Ho! This lake is full of good fish. Let us fish here tomorrow. We can earn a lot of money. Hearing this, the wise fish went to the other two fish and told them what he heard. He advised them to leave the place immediately. The intelligent fish was not ready to leave. Let the fisherman come, I will find a way to escape. I cannot leave this place where I was born, whatever happens, is my fate.

The wise fish left the place immediately. The next day the fisherman came and cast their net. The two friends, who did not leave the lake were caught in the net with much other fish. The intelligent fish pretended to be dead. So the fisherman threw him out along with the other dead fish. The third one who believed in fate kept jumping up and down. one of the fishermen saw him and struck him dead.

WE SHOULD NOT BELIEVE IN FATE.