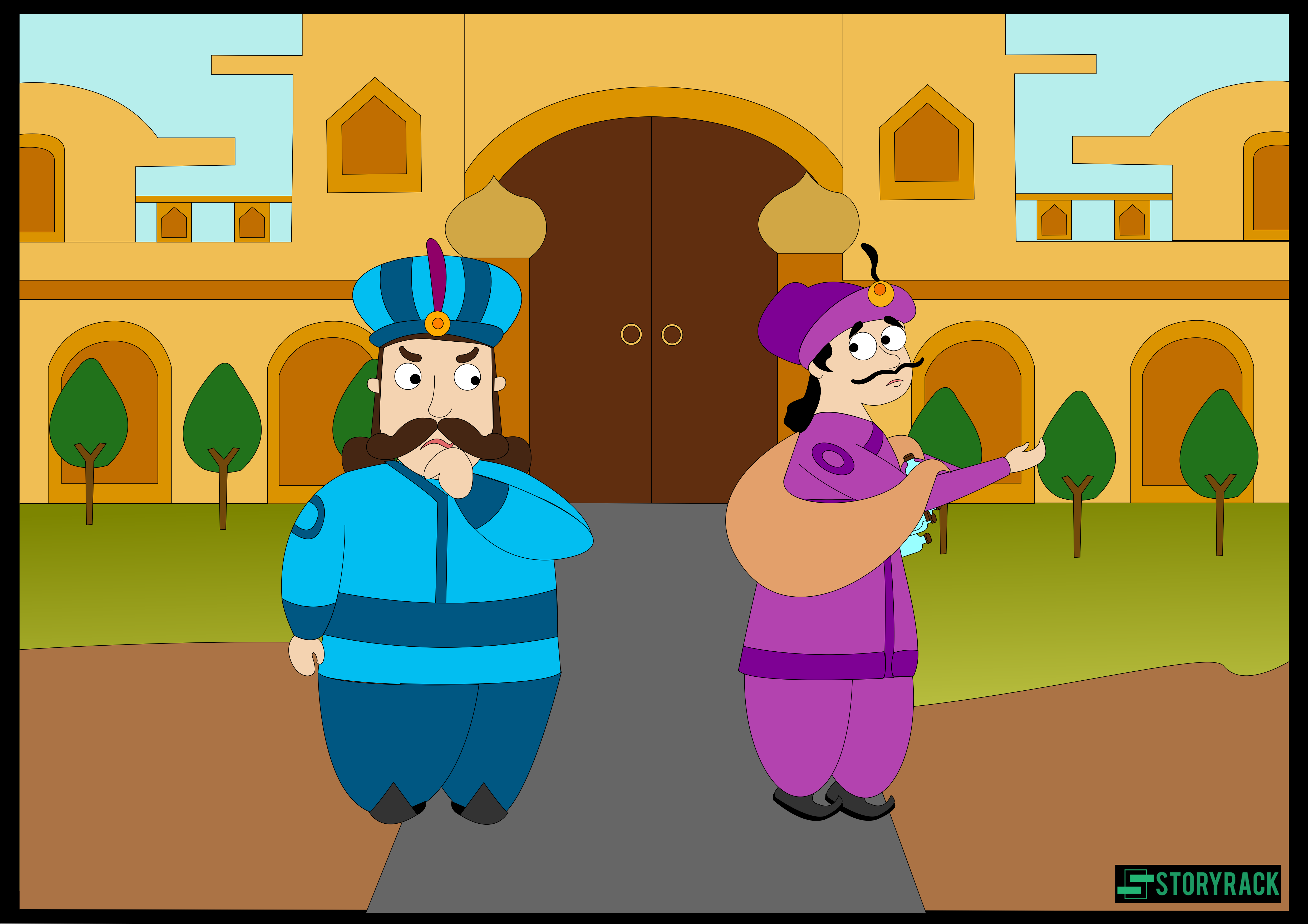 Once, King Akbar went to his wives. He said, “Each of you is to tell me a silly tale. The one who tells the sillest tale will be rewarded.”

When Birbal overheard him, he thought, ‘Something is not right. The king doesn’t make such silly demands.

Birbal decided not to visit the court. So, Akbar went to meet him but Birbal had gone outside. His daughter received the king.

Meanwhile, Birbal went to the king’s room in the palace. There, he saw many wine bottles lying in the cupboard! Birbal understood the reason behind the king’s silly behaviour. Birbal picked up a bottle of wine and left.

On the way, he met Akbar. “Birbal, where have you been?” asked Akbar, “And what are you hiding in the shawl?”

Birbal replied that it was nothing. “It’s a parrot!” he said. “It’s a horse… No, it’s an elephant… actually, it’s a donkey,” Birbal muttered. Akbar got angry. Then, Birbal took wine bottle out.

They went to the palace. There, Akbar saw a bottle missing from his cupboard. He knew that Birbal had taken it. He asked Birbal about it.

“Sire, when I said I had nothing, I meant that wine affects our senses,” said Birbal, explaining his riddle. “When I said parrot,’ I meant that one behaves like a parrot after having a second cup. At the third cup, one acts like a horse. At the fourth cup, like an elephant and like a foolish donkey at the fifth cup.”

Akbar realised his foolishness and threw away all the wine bottles.