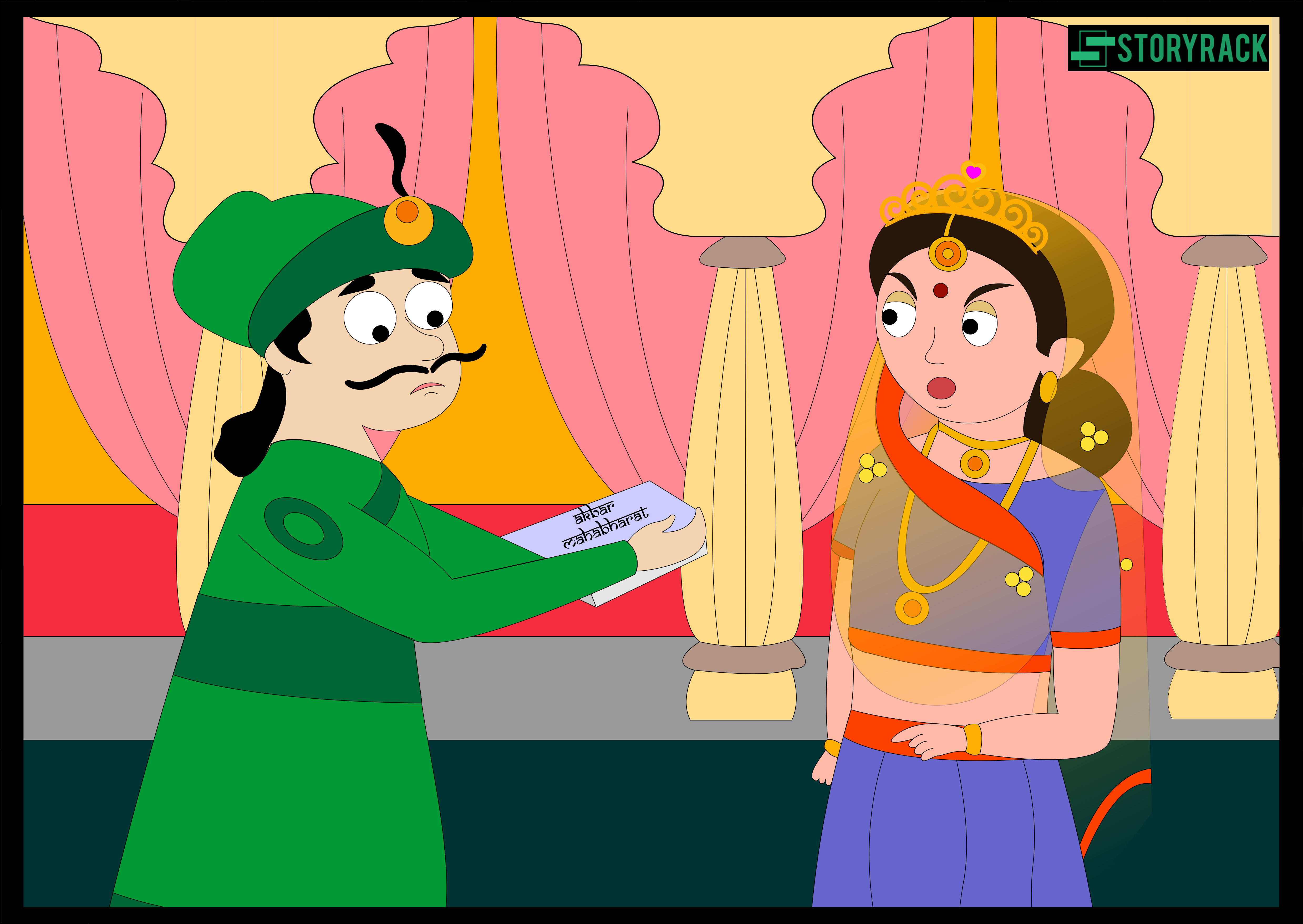 Once Birbal brought the Mahabharato for Akbar A few days later, Akbar sald, “You must write an Akbari Mahabharata, Birbal.”

Birbal wondered, ‘A great sage wrote the Mahabharata. How can I equal this feat?’

He thought for a while and said, “Your Majesty, I need two months and fifty thousand gold coins.” Akbar agreed to give him the money. With some of it, he bought some papers and donated the rest of the money to the brahmins.

“Almost,” said Birbal “Ten brahmins are helping me in the task. I need some more money to ask five more Akbar agreed.

Having bound up all the papers, Birbal returned to the court in a month. “The book is ready. But first, I must see the queen,” he pleaded.

So he went to the queen, who was delighted to see the book.

Then Birbal said, “Your Highness, according to this story, you should also have five husbands like Draupadi and must suffer the same fate as she did.”

The queen was angry. “What rubbish! Burn that book now!” she ordered. Birbal slipped out to inform King Akbar.

The king was shocked when he heard about it. Then, Birbal sad, “Your Majesty, every age has a new story to tell.”

The king understood and praised Birbal.