The Lion And The Mouse 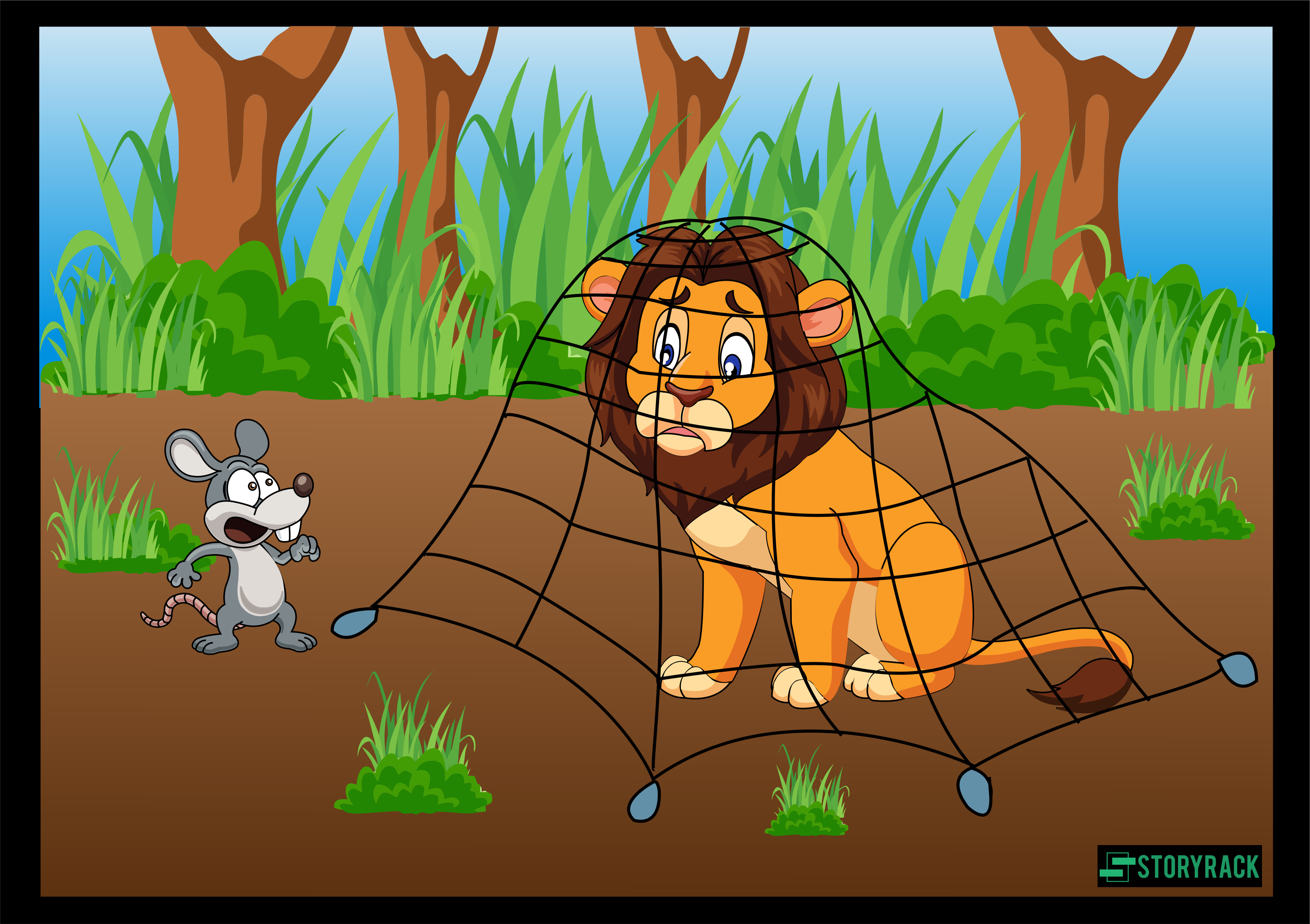 Once upon a time, they lived a lion who ruled the forest. One day after eating his meal, the lion fell asleep under a tree. A little mouse saw him and thought it would be fun to play on him. He began running up and down on the sleeping lion. He ran up the tail and slide down the tail.

The lion woke up angrily with a loud roar. He grabbed the mouse with his huge paw. The mouse struggled but could not escape. The lion opened his big jaws to swallow him. The mouse was very scared. Oh king, “I am very scared. Please don’t eat me. Forgive me this time. Please let me go. I shall never forget it and maybe one day I can help you.” The lion was so amused by the idea of the mouse being able to help him. That he lifted up his paw and let him go. Thank you, king. I will never forget your kindness. You are lucky my friend that I am just eaten. Now go but don’t mess with me again. Or I will make a meal of you.

A few days later, the lion was roaming in the jungle. Hunters set a trap to catch the lion. The hunters hid behind the tree waiting for the lion to approach the trap. As he did he pulled the ropes and caught him in the net. The lion started to roar loudly and tried to escape, but hunters fastened the net. They went back to the village to bring a cart to transport the lion. The lion was still roaring loudly.

All the animals including the mouse heard the roar. The king is in trouble. I must return the favor. He soon reached the lion. Don’t worry, my king. I will set you free. He climbed up the trap and used his sharp little teeth to bite through the ropes. Finally, he freed the lion from the trap.

The lion realized that even a little mouse can be a great help. Thank you mouse, I will never trouble you again. Live happily in my forest. You saved the king’s life now you are the prince of this forest. Thank you, king. Bye, See you soon. Where are you going? Don’t you want to play on me and slide down my tail? The mouse started jumping on his back and sliding down his tail.

After awhile, the hunters came back with a big cart to carry the lion. The lion and mouse saw them and started running towards them. The lion gave a big roar. The hunters were terrified and ran away back to the village. Lion and mouse became friends forever.

SMALL ACTS OF KINDNESS WILL BE REWARDED GREATLY. (OR) EVERYTHING HAS ITS OWN VALUE.