The Father, The Son And The Donkey 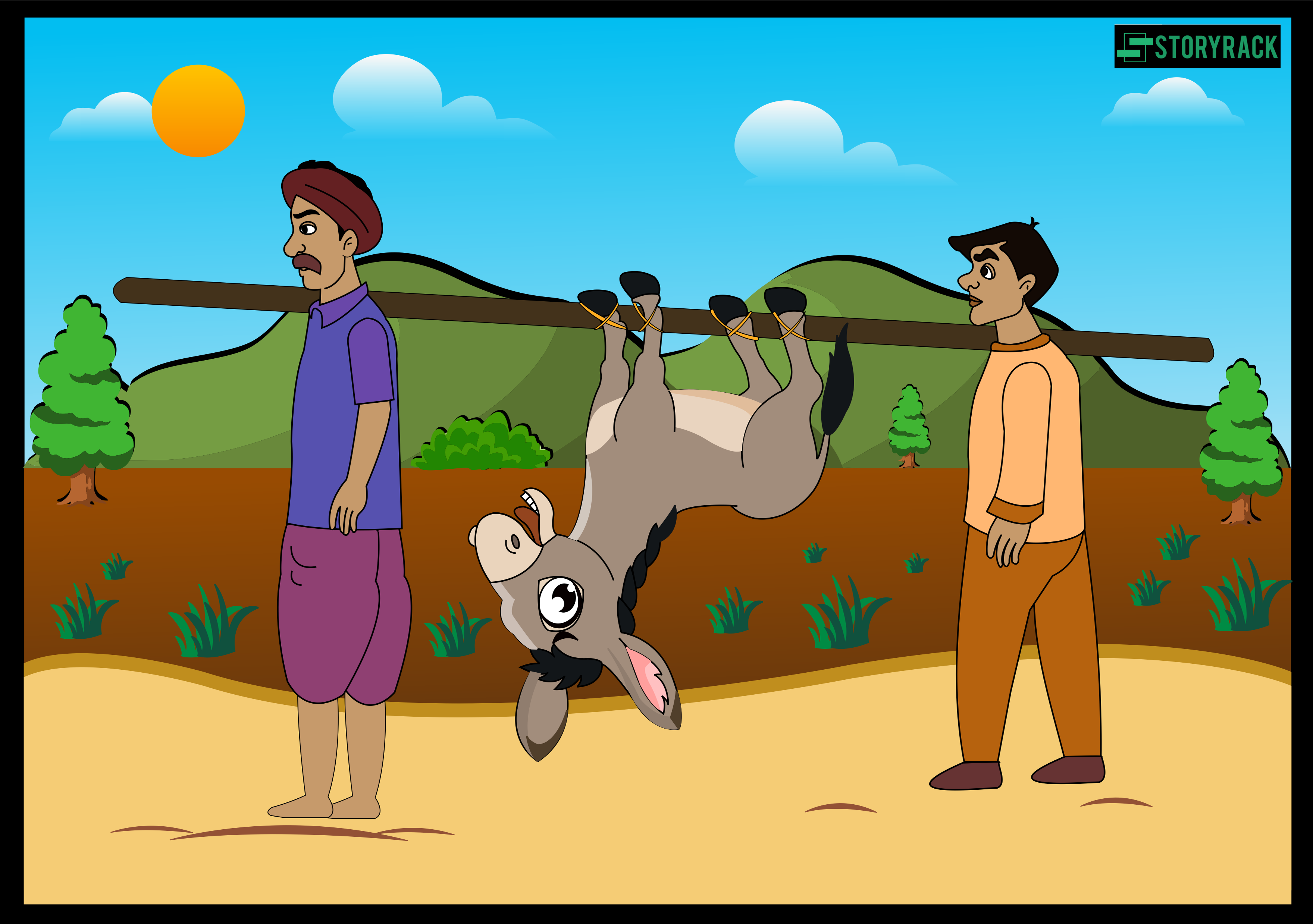 Once a father and a son, were coming back from a village far, where they had purchased a donkey. They over heard a man saying, see the fools they have a donkey, but still walking on feet. Both of them thought it was a good idea and they sat on the donkey.

On their way, another villager saw and spoke. Look, look at the poor donkey. He can hardly walk. The man felt sorry for the donkey and got off. While crossing the fields a woman remarked. The son is young and healty, he should walk and let his father sit on the donkey. Son said to his father, “I am sorry dad, please come and sit on the donkey,” so they changed place.

As they were about to reach their village, a passer by said, hey see the selfish man, the poor son is walking and he is enjoying the ride. Both of them without giving another thought, tied the donkey up side down to a long bamboo and carried him through the village.

By the time they reached home, all were laughing at them. A villager elder came forward and asked, Why are you carrying this donkey like this? can’t walk?

Father explained what happened on the way. The old man said, every one is laughing at you because instead of using your own sense,you kept on doing what other said.

EVERYBODY CAN’T BE PLEASED.