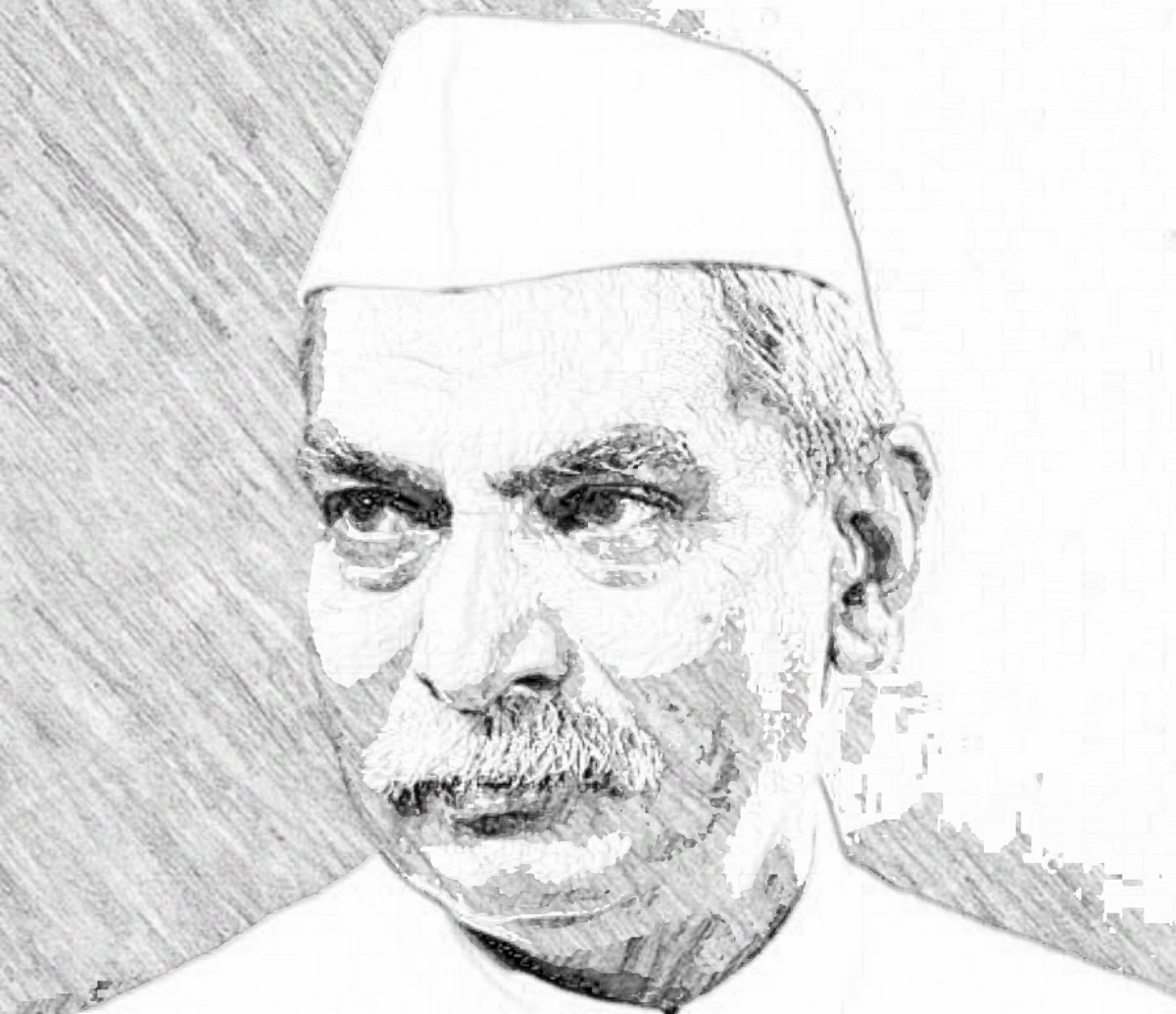 “In attaining our ideals, our means should be as pure as the end.”

A lawyer, the first president of India, Rajendra Prasad was born on 3 December 1884 in a Kayastha Hindu in Zeradai, in the Siwan district of Bihar.

His father name is Mahadev Sahai, he was a scholar of both the Sanskrit and the Persian language. His mother name is Kamleshwari Devi, was a devout woman who would tell stories from the Ramayana to her son (Rajendra Prasad). He was the youngest child and had one elder brother and three elder sisters. There was religious harmony in the village and the entire community would participate in both Hindu and Muslim religious festivals. His mother died when he was a child and his elder sister took care of him. When Prasad was five years old, his parents placed him under the tutelage of a Moulavi, an accomplished Muslim scholar, to learn the Persian language, Hindi and arithmetic. After the completion of traditional elementary education, he was sent to the Chapra District School.

He, along with his elder brother Mahendra Prasad, then went to study at T.K. Ghosh’s Academy in Patna for a period of two years. He secured first in the entrance examination to the University of Calcutta and was awarded Rs. 30 per month as a scholarship.

Prasad joined the Presidency College, Calcutta in 1902, initially as a science student. He passed the F. A. under the University of Calcutta in March 1904 and then graduated with first division from there in March 1905. Impressed by his intellect, an examiner

once commented on his answer sheet that “examinee knows better than examiner”.

Later he decided to focus on the study of arts and did his M.A. in Economics with first division from the University of Calcutta in December 1907. There he lived with his brother in the Eden Hindu Hostel. A devoted student as well as a public activist, he was an active member of The Dawn Society. It was due to his sense of duty towards his family and education that he refused to join Servants of India Society.

Prasad was instrumental in the formation of the Bihari Students Conference in 1906 in the hall of the Patna College. It was the first organization of its kind in India and produced important leaders from Bihar like Anugrah Narayan Sinha and Krishna Singh who played a prominent role in the Champaran Movement and Non-cooperation Movement.

Role in the Nationalist Movement:

Dr. Prasad entered the political arena in a quiet, light-footed manner. He attended as a volunteer in the 1906 Calcutta session of the Indian National Congress and formally joined the party in 1911. He was subsequently elected to the AICC. In 1917, Mahatma Gandhi visited Champaran to support the cause of the peasants’ revolting against the forceful cultivation of Indigo by the British authorities. Gandhi invited Dr. Prasad to the area to undertake a fact finding mission regarding the claims of both the peasants and the British. Although skeptical initially, Dr. Prasad was mightily impressed by Gandhi’s demeanor, dedication and philosophy. Gandhi undertook the ‘Champaran Satyagraha’ and Dr. Prasad offered his whole-hearted support to the cause.

In 1920, when Gandhi announced the commencement of the Non-cooperation movement, Dr. Prasad gave up his lucrative law practice and dedicated himself to the cause of freedom. He led the programs of non-cooperation in Bihar. He toured the state, holding public meetings and making heartfelt speeches for the support of movement. He undertook collection of funds to enable the continuation of the movement. He urged people to boycott Government schools, colleges and offices. As a gesture of support to Gandhi’s call to boycott attending British sponsored educational institutions, Dr. Prasad asked his son Mrityunjaya Prasad to leave the University and join Bihar Vidyapeeth. He started the National College in Patna in 1921. He upheld the ideas of Swadeshi, asking people to boycott foreign goods, peruse the spinning wheel and wear only khadi garments.

As President of Independent India:

Dr. Rajendra Prasad was selected as the Food and Agriculture Minister in the interim Government headed by Jawaharlal Nehru in 1946. Soon he was elected President of the Constituent Assembly on December 11, the same year. He presided over the Constituent Assembly from 1946 till 1949 and helped frame the Constitution of India. On January 26, 1950, the Republic of India came into existence and Dr. Rajendra Prasad was elected to be the first ever President of the country. Unfortunately, on the night of 25 January 1950, a day before the Republic Day of India, his sister Bhagwati Devi passed away. He set about the cremation but only after his return from the parade ground.

As President of India, he duly acted as per the Constitution, independent of any political party. He travelled the world extensively as an ambassador of India, building diplomatic rapport with foreign nations. He was re-elected for 2 consecutive terms in 1952 and 1957, and remains only President of India to achieve this feat.

Dr. Prasad was always ready to help people who were in distress. He volunteered his services for the relief work during the great flood that affected Bengal and Bihar in 1914. He distributed food and clothes to the victims himself. When the earthquake of Bihar occurred on January 15, 1934, Rajendra Prasad was in jail. He was released two days later. He set himself for the task of raising funds and set up the Bihar Central Relief Committee on January 17. He oversaw collection of relief funds and collected over Rs 38 Lakhs. During the Quetta earthquake in 1935, he set up the Quetta Central Relief Committee in Punjab, although he was prevented by the British to leave the country.

In September 1962, Dr. Prasad’s wife Rajavanshi Devi passed away. The incident led to deterioration of his health and Dr. Prasad retired from public life. He resigned from office and returned to Patna on May 14, 1962. He spent the last few months of his life in retirement at the Sadaqat Ashram in Patna. He was awarded the “Bharat Ratna”, the nation’s highest civilian award, in 1962. Dr. Prasad passed away, after suffering from brief illness for around six months, on February 28, 1963.