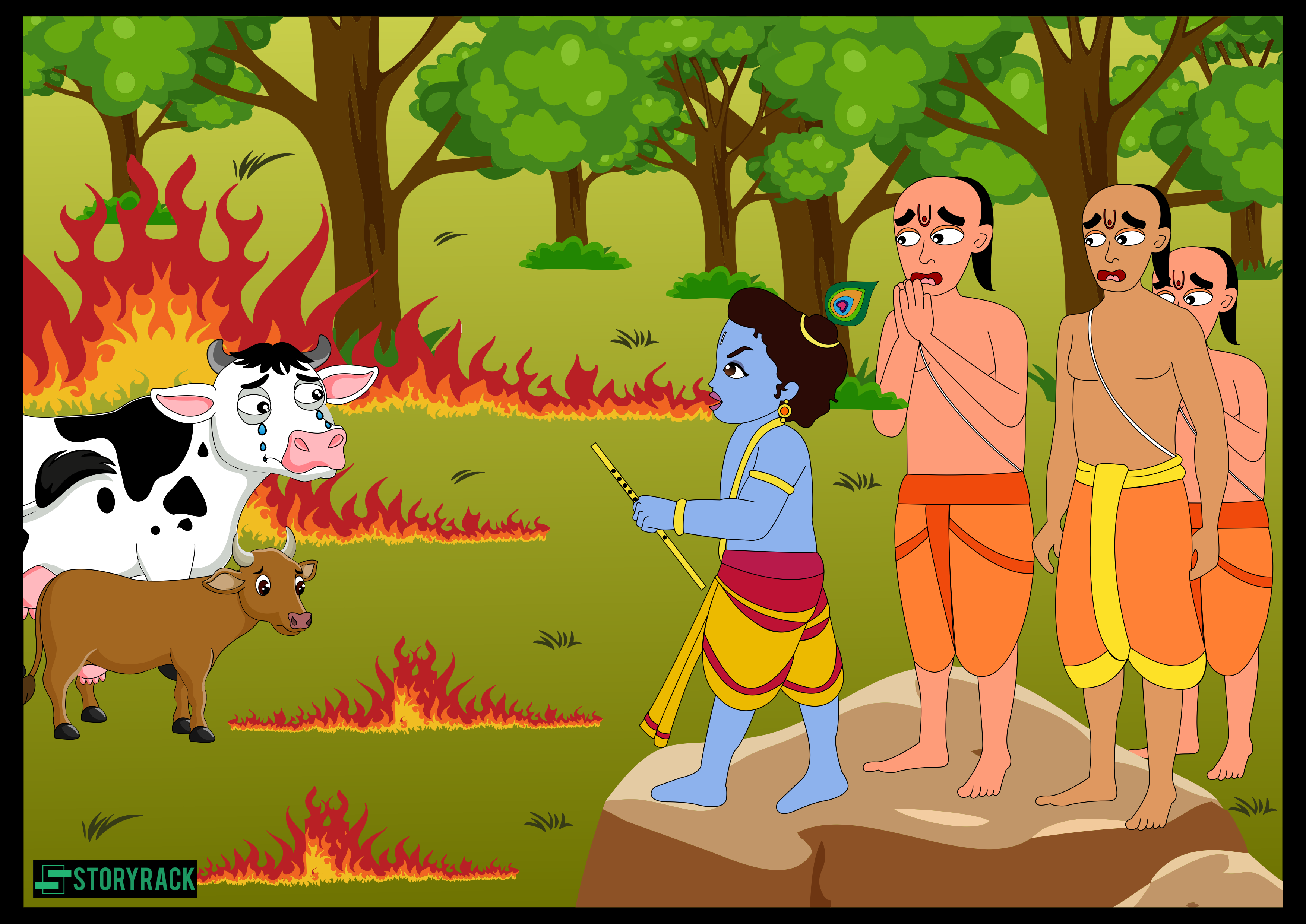 Once the cows and calves entered into a forest full of green grass on their own accord. Upon entering, they saw a forest fire and began to cry. They were frightened and called out Balarama and Krishna to save them from the forest fire. The Gopas were scared and they surrounded Krishna, closing their eyes, not knowing what to do. Krishna called the cows by thier respective names. But they could not hear him.