The birth of Krishna 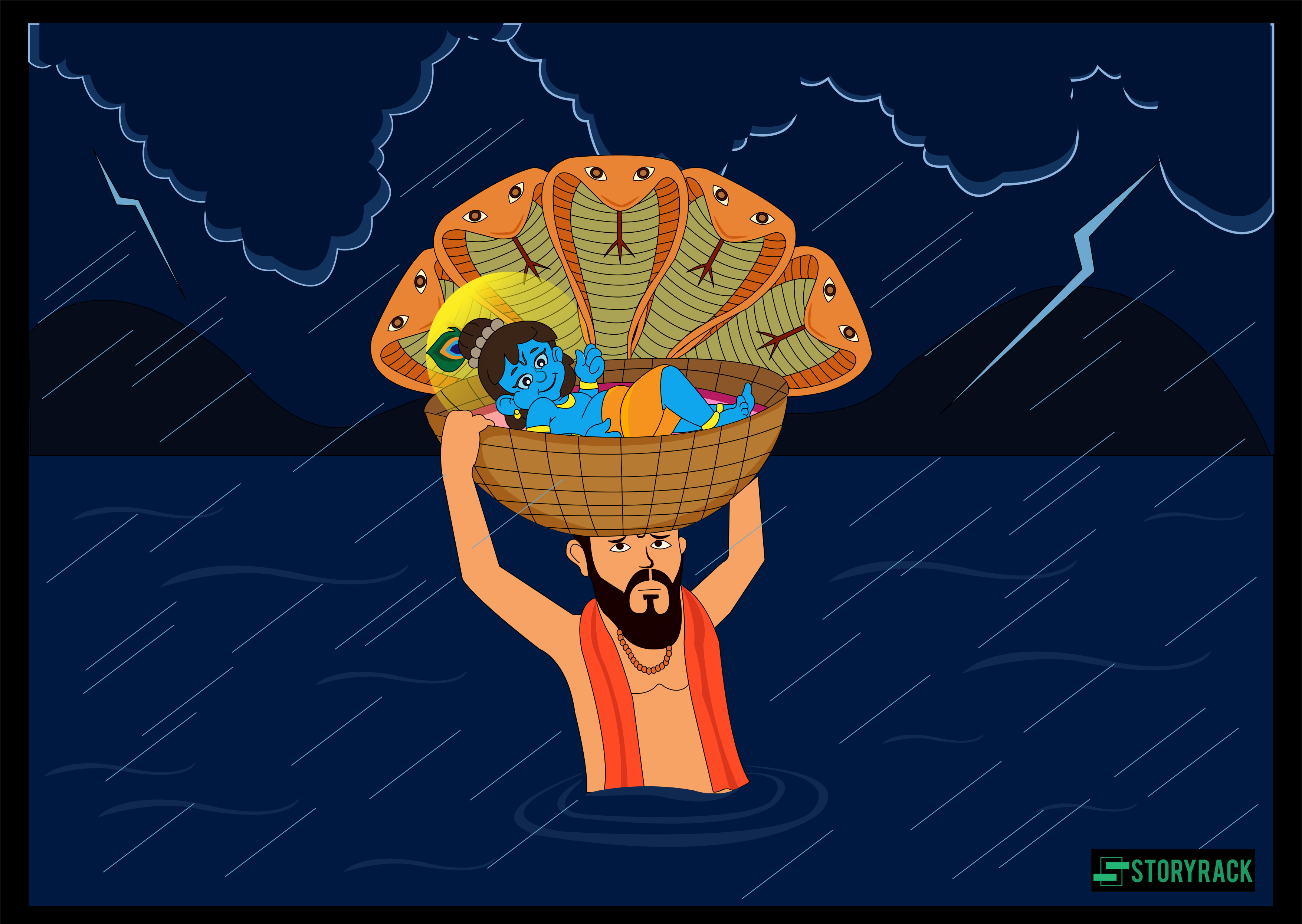 Long, long ago , there lived an evil king named Kamsa, who ruled over Mathura. While he was driving the chariot for his newly wedded sister Devaki and her husband Vasudeva, an unseen voice announced. “Kamsa, you ae such a fool! you do not even know that the eighth child of your sister will kill you.”

Kamsa immediately drew his sword out to kill his sister Devaki. To protect his wife, Vasudeva stopped him and promised Kamsa that he would hand over all his new born babies to him as soon as they are born. Kamsa agreed to this and refrained from killing Devaki. But he put them in jail. As and when the children were born in the prison house, Devaki and Vasudeva delivered them to Kamsa.

Their seventh son, Balarama was transferred from Devaki to Rohini, another wife of Vasudeva in Gokula. Then Krishna the supreme personality of Godhead, was born as their eighth child.

Krishna revelaed his four-handed form of Lord Vishnu to his parents. Demigods offered their prayers and showered flowers from the sky.

By Lord Krishna’s supreme power, Vasudeva’s chains were cut off and all the door-keepers of the prison fell alseep. He carried baby Krishna in a small basket over his head. It was raining heavily outside.

Ananta-sesa, Lord Vishnu’s eternal associate, held his hoods as an umbrella over Lord Krishna. river Yamuna gave way for Vasudeva and allowed him to cross and reach Gokul. Under the influence of Yogamaya, a power of the Lord Himself, everybody in Gokul was asleep. He reached Nanda Maharaja’s palace. He placed his son on Yashoda’s bed and picked up her new-born daughter.

Vasudeva brought the baby girl to the prison in Mathura. The next day, the news of the new born baby reached Kamsa. He rushed to the prison and snatched the child from the hands of the pleasing Devaki and dashed the child against a rock. But the newborn baby slipped away from the hands, rose above his head and appeared as the eight-handed form of Durga and warned him thus…..”The child who will kill you is already born before me. Don’t be so cruel to our poor sister.”

Kamsa was perplexed…Kamsa tried very hard to find out where krishna was the child who would kill him!

If something good is to happen, it always will. Good will always prevail over evil.