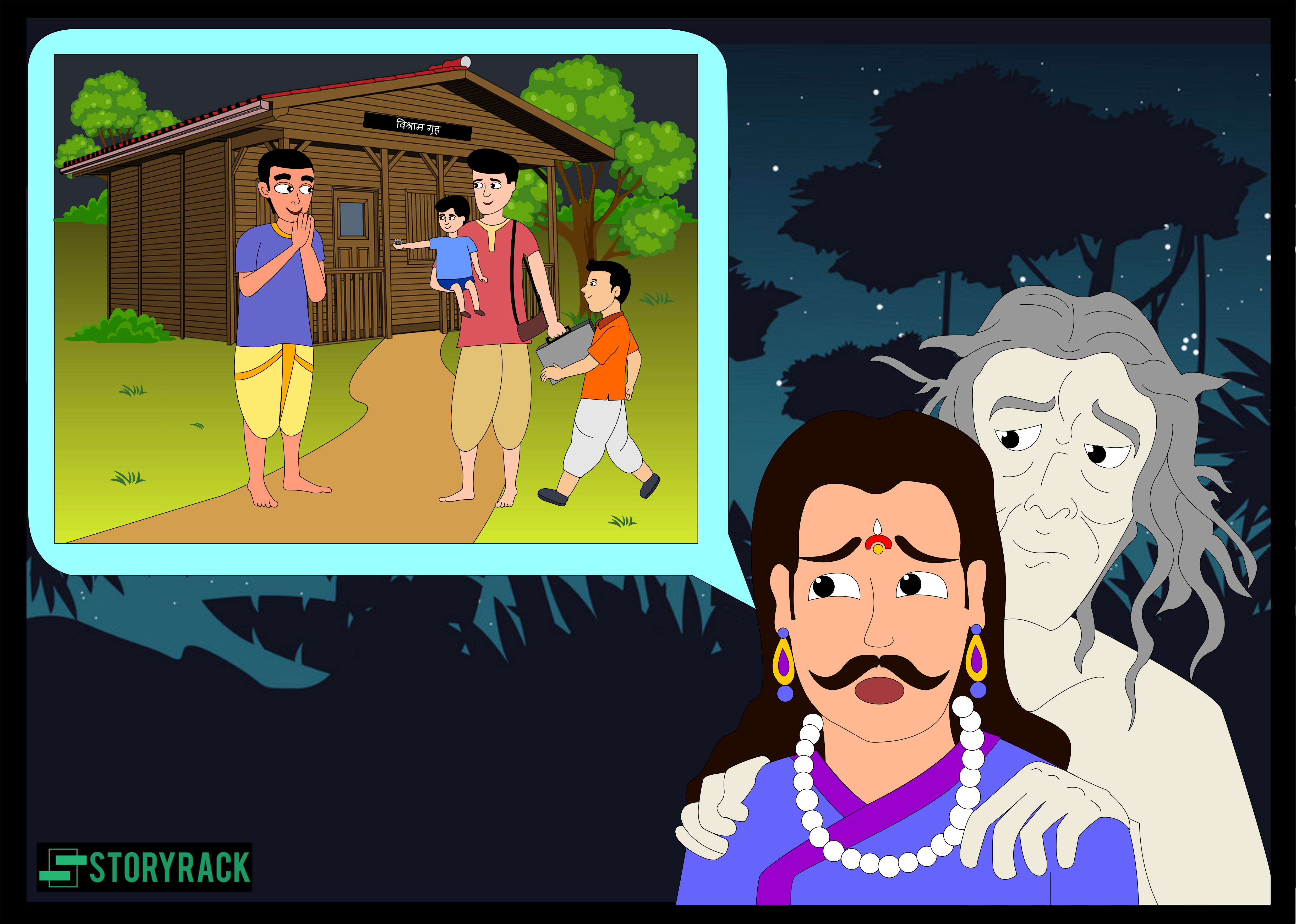 Betal began his story, as King Vikram briskly walked through the forest.

Once upon a time, there lived an extremely rich man. He was very careful with his money. He had a very honest and well-meaning servant, Nageshwar.

One day. Nageshwar asked his master for some money. He assured him that the money would be well-spent. Initially, his master was reluctant

But upon hearing Nageshwar’s assurances, he agreed and gave his servant ten gold coins but told him not to reveal the source of the money

Nageshwar agreed. With the money, he built a small resting place for travellers.

Nageshwar’s efforts pleased his master. So the next time Nageshwar asked for money, he was given fifty gold coins.

With this money. Nageshwar built a free lodge for travellers and poor. Everyone praised Nageshwar’s efforts.

After some time, Nageshwar asked for money again. He wanted to provide free food for those staying at his inn. His master readily gave it to hinm

Gradually, the inn began to expand. More and more was spent on its maintenance.

One day, the rich man died, putting an end to Nageshwar’s income. So, he was forced to ask the travellers to pay up. This created a lot of discontentment among them.

once a few agitated travellers attacked Nageshwar and killed him.

Then, Betal asked, “Who killed Nageshwar? Speak up now or else your head will be blown up into a thousand pieces.”

King Vikram promptly answered, “Actually, Nageshwar alone was the cause of his death. If he had charged the travellers from the beginning, he would have been spared an untimely death. He should have known that the source of the money would not last forever.

“Your answer is correct but you have broken your promise of not speaking.”

Betal and he flew back to the peepul tree.