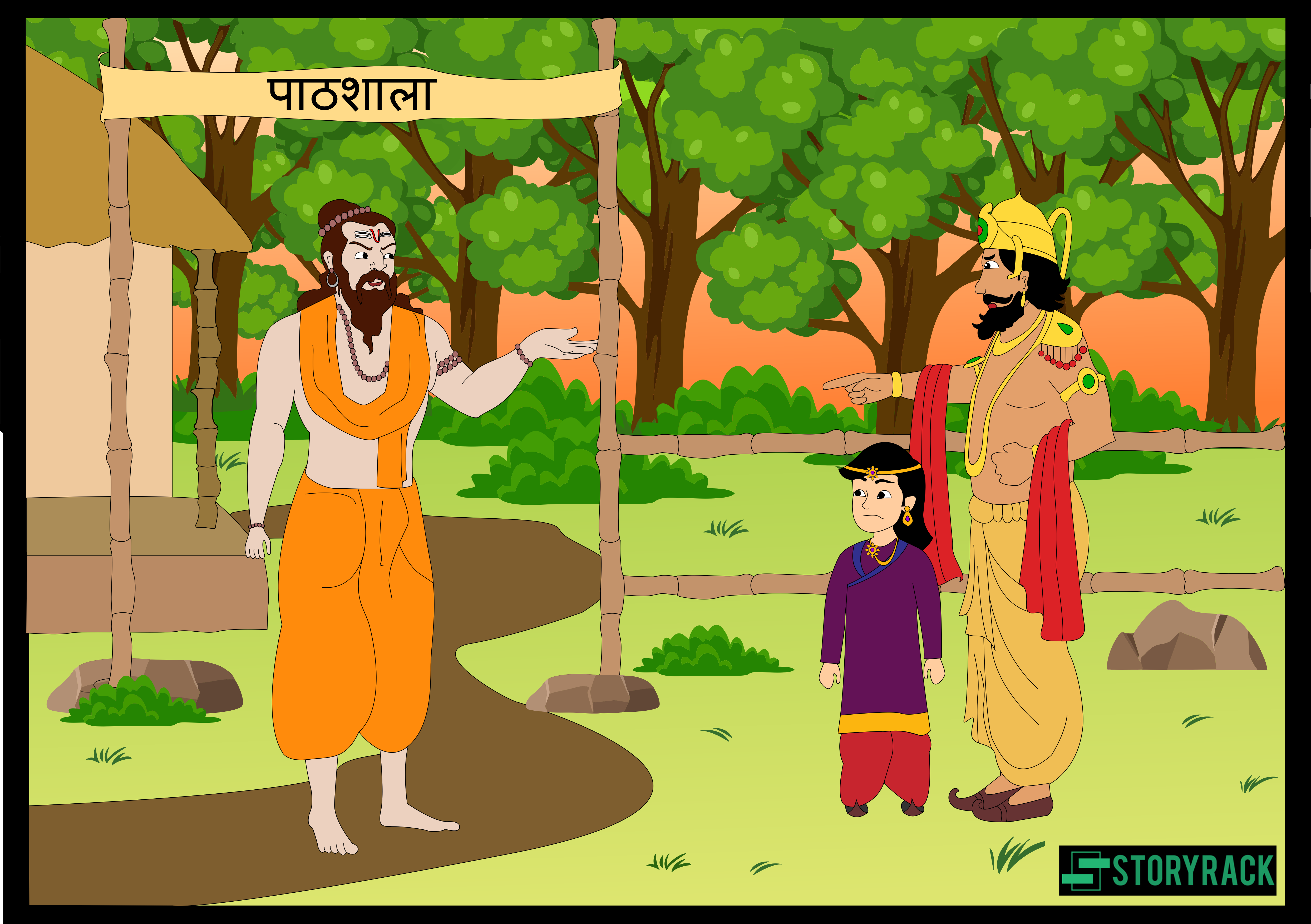 After catching Betal once again, King Vikram walked on and Betal continued with his storytelling.

Once there lived a king in a far-off kingdom. He was very ambitious for his only son. He wanted him to receive the best education so that he would grow up to be a fine man. With great difficulty, the king found a sage who had the reputation of being a good teacher.

He went to the sage and spoke very rudely. He forced him to accept his son as his student. He also told him, firmly, that his son should be treated as a prince ought to be treated.

The king’s rude and arrogant attitude annoyed the sage. He rebuked the king saying, “In a school, all students are treated alike. No one is given special treatment. Therefore, the prince too will be treated like everyone else here.”

The king was stunned by the sage’s audacity. He controlled his anger then but decided to punish him later. So, leaving his son behind, he returned to his palace.

The school was situated in the forest. It was a serene and quiet place. The prince grew up in this atmosphere. He was a good student and made fast progress.

When he was sixteen years old, the prince decided to take leave of his teacher.Before leaving, the prince begged the sage to tell him what he could give him as guru dakshina for the years of love and guidance that he had bestowed on him.

Since the prince was persistent, the sage finally gave in and said that he would accept some payment definitely but later on. The prince was relieved to hear this.

Now, the king had still not forgotten the sage’s behaviour. For all those years, he had been seething in anger and waiting patiently for his son to complete his education so that he could avenge the insult.

The king decided to put his plan into action. Without wasting any more, he sent his soldiers to the forest and told them to burn the school down.

After a few weeks, the prince was supposed to get married. He decided to go and seek his teacher’s blessings.

On reaching there, to his horror, he saw his school reduced to ashe, “How could anyone do this?” asked the prince. “I will not rest till I have the head of the person made you suffer.”

The sage knew very well who the culprit was. In fact, he thought that now was the time to ask for the fee.

Then Betal asked Vikram, “What do you think the sage asked for?

Vikram said, “He asked the prince to forgive his father. This shows that the sage was truly wise and not after revenge.”

“True again! Your judgement is amazing,” said Betal, admiringly. “But sadly. I will have to go, as you have spoken again.”

Then he flew back to the peepul tree.