Krishna in a forest 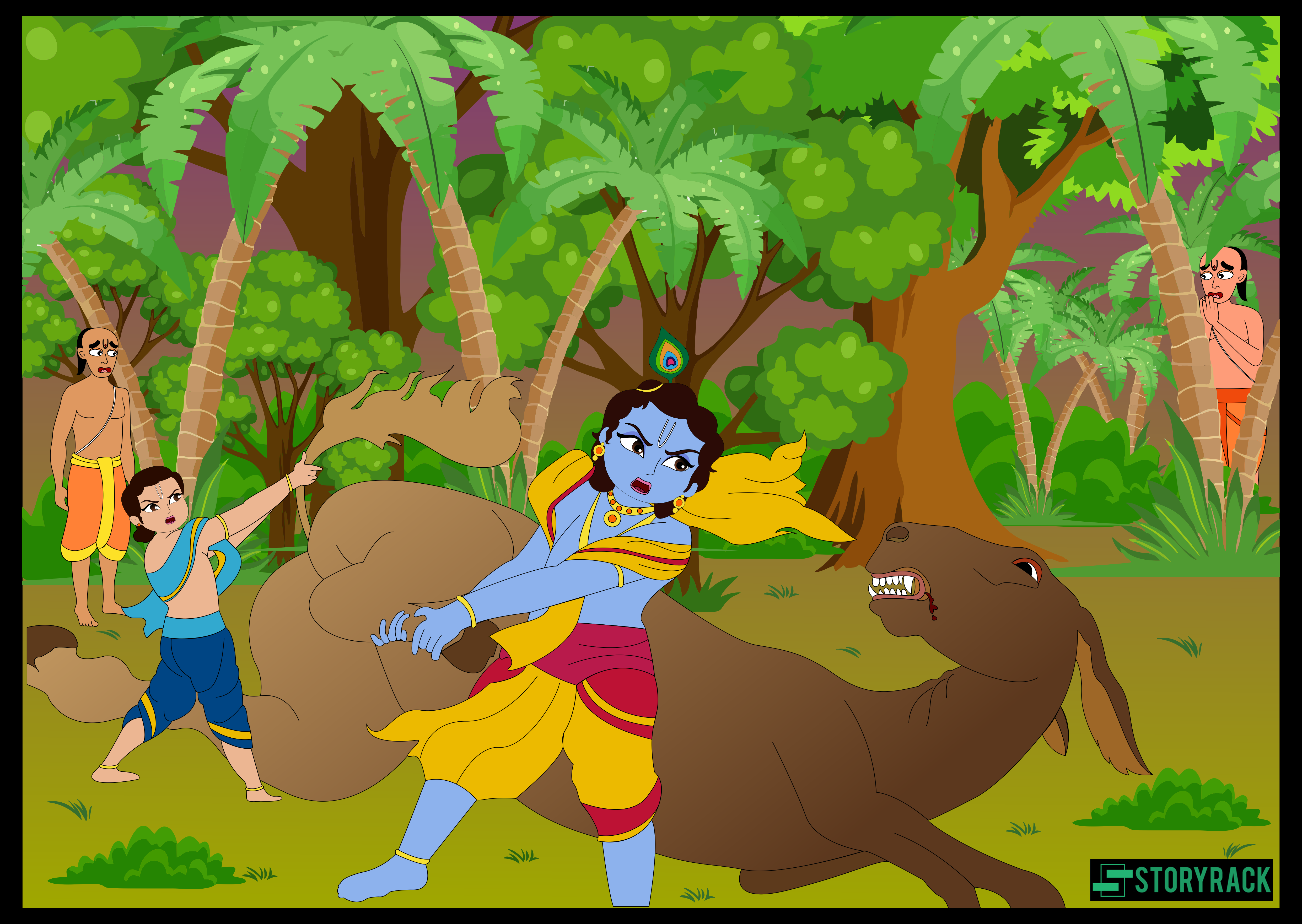 Talavana was a big forest full of plam trees. Once Krishna, Balarama and their friends entered this forest to taste the ripe palm fruits. The forest was guarded by Denukasura. He was a demon in the form of a donkey.

Balarama forcefully shook palm tress and the fruits fell down. Hearing the sound, Denukasura appeared there with his relative donkey demons and they kicked Balarama and Krishna with their legs. Balarama and Krishna both playfully caught the hind legs of the donkeys and dashed them against the palm trees and disposed them all. Demigods showered flowers and the people of Gokul glorified Krishna and Balarama.